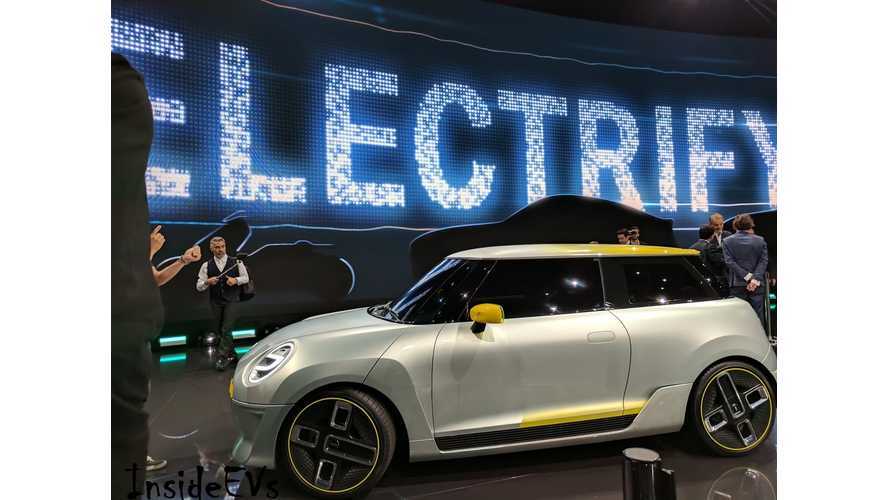 The future of Mini has been put under a microscope of late as political events and consumer tastes have conspired to squash the British brand's sales in recent years. But there's hope coming early next year in the form of the first general production electric Mini. Does that mean Mini's future is electric?

Not entirely, according to BMW Group Board Member Peter Schwarzenbauer, who told Automotive News Europe that Mini will still offer internal combustion engines for the foreseeable future. Despite the Mini Cooper SE's launch in early 2020 and an EV platform joint venture with Great Wall Motors in China, Schwarzenbauer said Mini would offer electric options with all of the brand's models going forward. But he stopped short of saying Mini would be come an all-electric brand like Daimler's Smart plans to do now that it's been partnered with Geely.

While Mini is new to plug-ins for the public, Schwarzenbauer says he's encouraged by the Countryman PHEV's 13 percent share of that model, which doesn't sound that great but, hey, it's a start. Mini is different than Smart in that it has to please fans of the John Cooper Works models that probably only feel right if they have an energetic turbocharged engine under the bonnet. Its larger models such as the Countryman and Clubman may continue on a BMW-based EV platform as Schwarzenbauer says some electric Minis will use a BMW-developed platform.

In the short term, Mini has bigger problems. It has to figure out how to get an SUV-leaning public interested in its small cars again. And the uncertainty of the Brexit outcome has caused some serious nail-biting in both Oxford and Munich. But going forward, Mini may have to embrace some more electric options or risk being overshadowed by new upstarts like Polestar – or even the BMW i cars.