Pininfarina Batista Shows Up With 1,900 HP In London 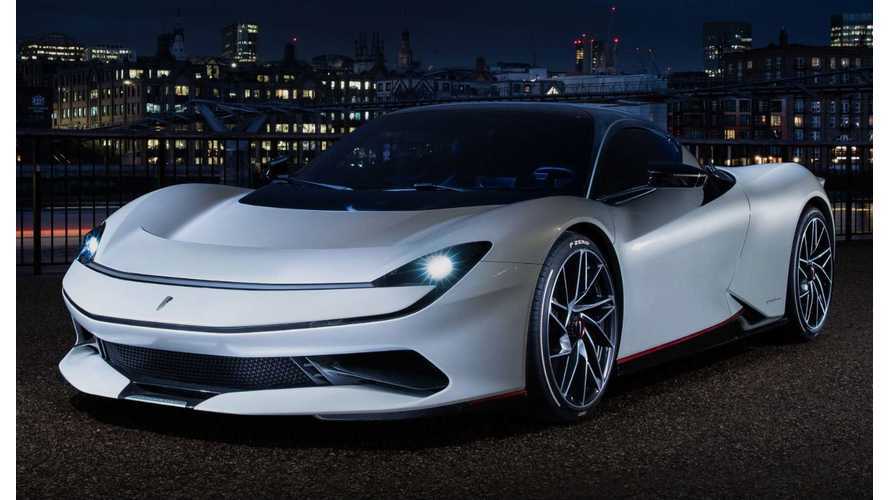 The all-electric supercar is appearing at Goodwood this weekend.

Ahead of its full UK debut at Goodwood this weekend, the Pininfarina Battista headed to London to launch the capital's new ultra-low emission zone (ULEZ).

The Battista, Pininfarina's first full car production effort, will enter production next year with deliveries starting towards the end of that year. That will be just a few months before London's ULEZ extends to the whole of Greater London.

"The Battista is a truly beautiful, guilt-free hypercar – the first EV to really fall in love with – because electricity enables us to develop it with zero emissions and as the most powerful car that will have ever been designed and built in Italy," said Michael Perschke, CEO, Automobili Pininfarina.

"As London joins many cities in moving towards a more sustainable future, we hope that the Battista also inspires a generation to consider electric cars, not just through the benefits of zero emissions, but also through the beauty and the performance that electrification offers."

Rene Wollmann, who led the development team for the Mercedes-AMG One hypercar, worked on the Battista in his new role as programme director, sportscars for Automobili Pininfarina.

The Pininfarina Battista is the most powerful road car to ever come out of Italy, eclipsing all efforts from more established car 'makers' like Ferrari, Lamborghini, and Pagani.

A Rimac-supplied 120 kWh battery pack helps deliver 874 bhp and 1,694 lb-ft of torque, which is enough to rocket it from 0-60 in less than two seconds, to 186 mph in under 12 seconds, and onto a top speed of 218 mph. Range almost 300 miles, which is enough for a non-stop drive from London to Paris – or so Pininfarina tells us (no word yet on an amphibious option).

Just 150 Battistas will be made, each with a starting price of just under £2 million.