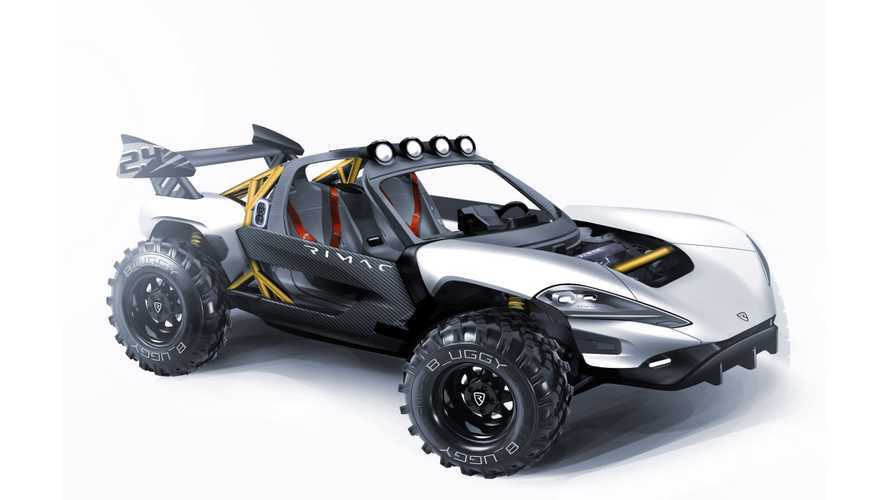 The best lies contain a kernel of truth

On the first day of April, the internet is traditionally littered with images of altered vehicles in search of a laugh. For 2019, Rimac Automobili got into the action and issued its own amusing render of a sort of super buggy on its social channels. Based on the carbon-fiber bones of its C-Two all-electric supercar, and wearing aggressive off-road capable shoes emblazoned with the moniker B_UGGY, we think it actually looks pretty awesome. If you also like it, then good news: some version of it could become a reality.

On Instagram, the company said (embedded below), "April fools and all, but mark our words, when we get a spare month, this is happening." We really hope this is no joke because the potential for awesomeness is higher than the Himalayas. Which, if it had the same 1,914 horses and 1,696 pound-feet of torque as the supercar sibling, it could probably scale with ease. And very quickly.

If you check out the bare chassis in the images below, you can easily see the potential for a number of configurations. Remove the crash structures and the wheels leave little overhang space front and back. This gives it optimal approach and departure angles. And, with the suspension all directly connected to the monoque, there is pretty much zero flex.

If you want to learn more about the engineering of the Rimac C-Two chassis, we recommended watching its creator Mate Rimac being interviewed by Former F1 champ Nico Rosberg at the Geneva Motor Show. There's a ton of great information there. If you have your own ideas for some crazy battery-powered concoction that could use the carbon-fiber core of the C-Two, be sure to let us know in Comments.