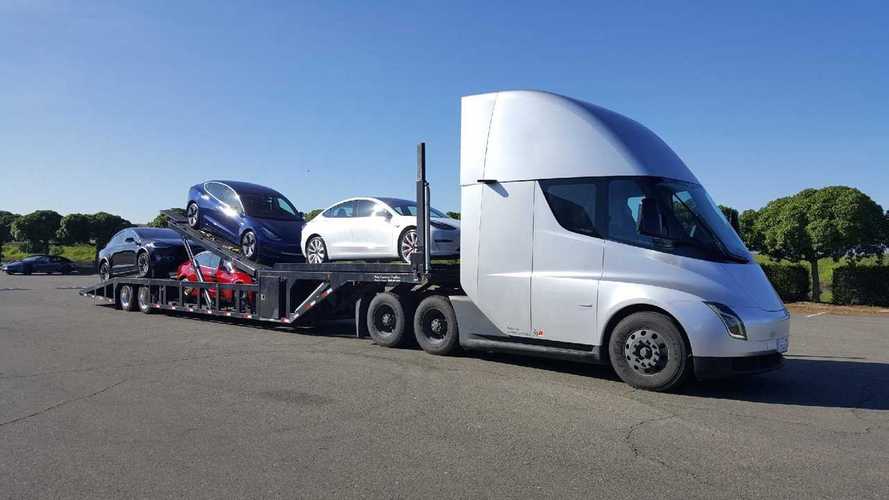 Tesla Semi delivers Model 3... before the first delivery of the Tesla Semi

Jerome Guillen, the President of Automotive at Tesla, released on his LinkedIn profile a photo of a Tesla Semi with a trailer loaded with Tesla Model 3s. Guillen described it as: "Perfect day for deliveries".

***UPDATE: Video of semi in motion with Model 3s in tow now added.

We must admit that the electric truck delivering electric cars is again something new. It's yet another world's first, achieved by Tesla. We imagine that in the not-so-far-off future, this will be how Tesla deliveries most of its cars. The electric semi couldn't be more fitting.

Separately, Elon Musk wrote at the end of the month that he is amazed by the work done by Tesla delivery teams in Europe and China.

We have no choice but to wait a few more days for the official production and delivery numbers in Q1 2019. Hopefully, then we will all be amazed too.