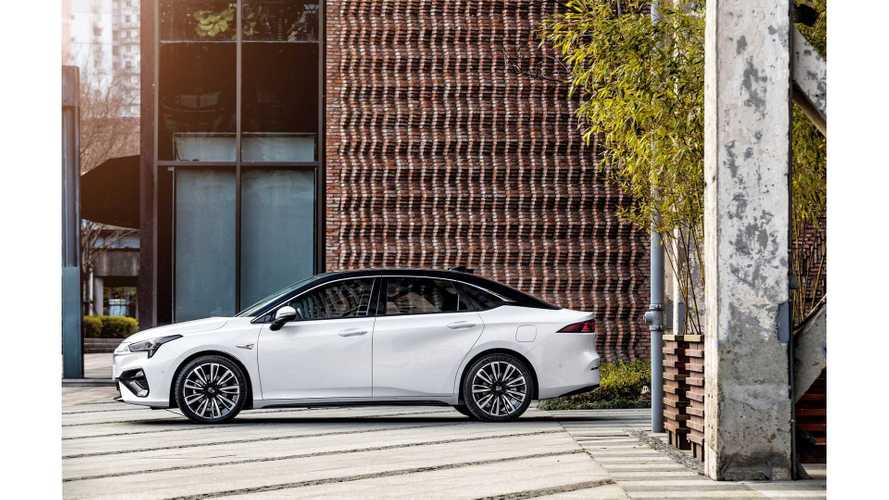 The biggest advantage of Aion S could be affordability

The car, which was by GAC compared to the Tesla Model 3, is equipped with the latest NCM 811 battery cells supplied by CATL. The total capacity is 58.8 kWh, which should be enough for 510 km (317 miles) under NEDC. In the real world, we would expect more than 350 km (218 miles) of range.

Such a result could be compared only to the base Model 3 Standard, but watching videos with Aion S we feel it's nowhere close to being on par with the Model 3 in terms of overall design. However, the Aion S opens the possibility to drive a long-range and affordable EV, which is very important.

GAC NE will produce the Aion S at its new Smart Eco-Plant, completed in December 2018, and envisioned for 200,000 cars per year in the future. The investment amounted to RMB 2.13 billion (US$ 310 million).

Built primarily at GAC NE’s Smart Eco-Plant and slated for sales in May 2019, pre-sales for the Aion S are available via the GAC app. As part of the production process, owners can customize their vehicle upon ordering, and visually track the production status in the app.

"The Aion S represents a new era for EVs, bringing technology enjoyment to people ahead of others,” said Gu Huinan, General Manager of GAC NE.

With a drag coefficient of 0.245 Cd, the Aion S’ design integrates aerodynamics for sleek and ergonomic innovation. With an exterior measuring 4,768 mm in length supported by a 2,750 mm wheelbase, the design reduces rolling resistance to decrease overall energy consumption.

The Aion S is equipped with integrated high performance "three in one" electric drive system and CATL’s latest-generation NCM 811 battery cells. Achieving a maximum power of 150kW and maximum torque of 350n.m, its range reach 510km (317 miles) under NEDC.

The Aion S is also China’s first vehicle to use solar power. Solar panels on the sunroof reduce power required for charging and provide an energy-efficient internal ventilation and circulation system.