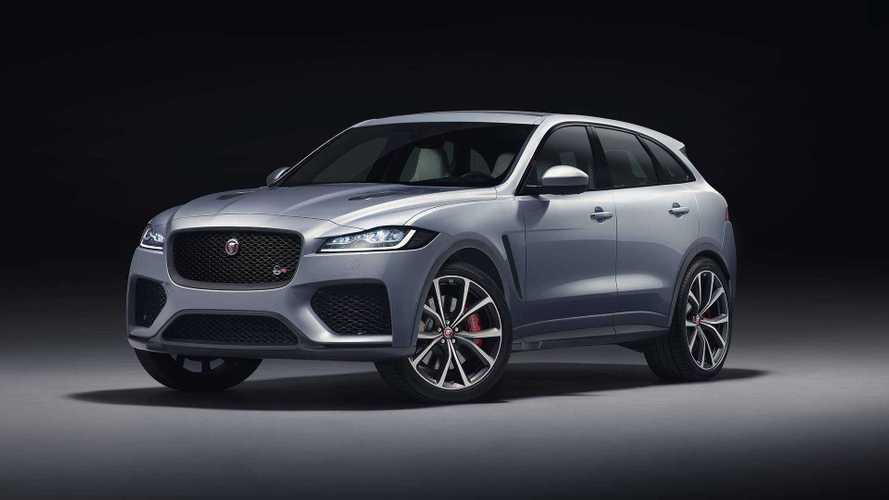 Will come in petrol, plug-in hybrid, and all-electric flavors.

The Jaguar J-Pace will be the next flagship SUV for the British brand. With its expected entrance into the marketplace thought to be just two years off, reports of what we can expect are starting to slip out. This latest, published by Autocar, gives us more insight into its assorted drivetrain options and how they may affect performance. If correct, customers have much to look forward to.

The J-Pace, if it is indeed called that upon production, will sit atop the new aluminum MLB platform, as will every Jaguar by 2025. According to Autocar, it will be one of three vehicles part of a "mid-height" group. One is thought to be a slightly larger Land Rover SUV, while the other, an all-electric sedan that may possibly replace the current XJ.

One of the more interesting aspects of the new luxury-minded beast has to do with how it incorporates all-wheel-drive. Instead of a mechanical linkage, the rear axle will be home to an electric motor.  The elimination of a transmission tunnel to accommodate a driveshaft will allow for a flat floor, giving passengers more interior space. The precise way in which electric motors can be controlled will also allow for improved traction and handling.

It should also be more efficient, since it would allow for a smooth-surfaced undercarriage, and reduce frictive losses. That's important as the base model of the SUV is expected to be a plug-in hybrid, and as with any battery-powered vehicle, the more efficient, the more all-electric range.

Speaking of all-electric, the J-Pace is expected to have in a completely battery-powered variant. Though, since the Big Cat only expects electric vehicles to make up 20 percent of its sales by 2025, it will also have an internal combustion option or two. We're told that for petrol-powered variants, a turbocharged Ingenium straight-six engine may be found under the hood.