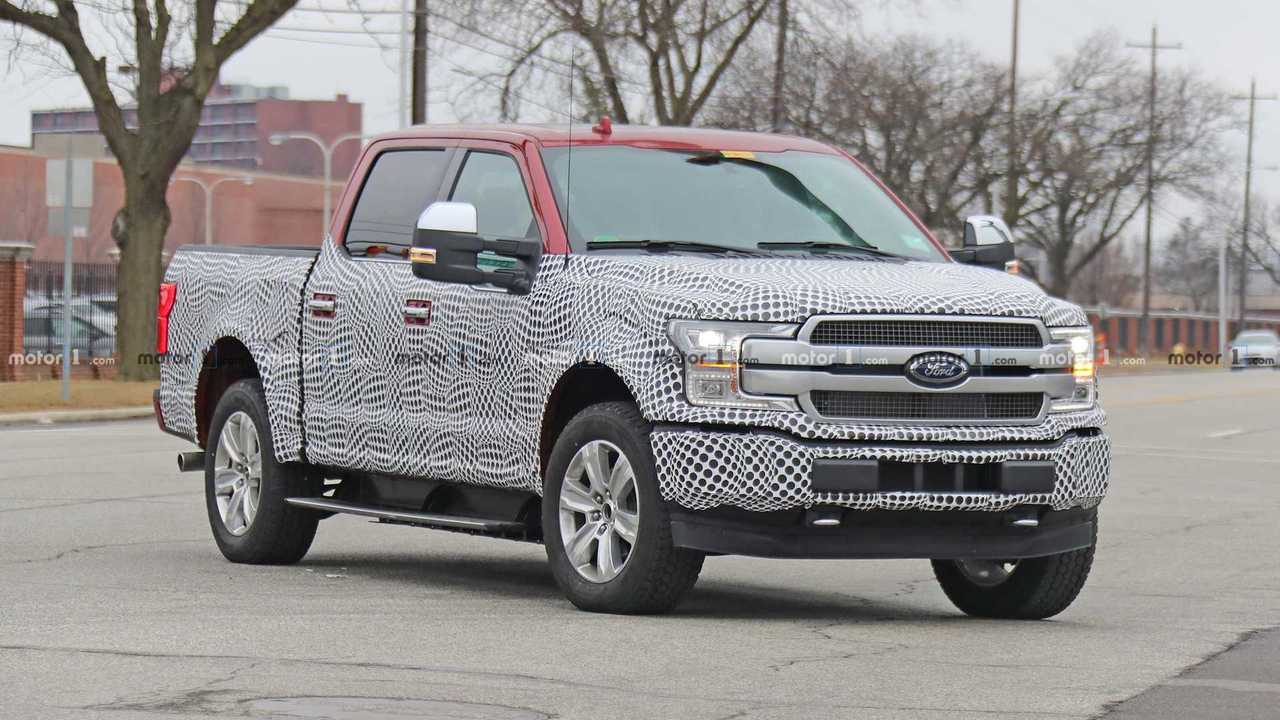 There's an exhaust pipe, but it doesn't connect to anything.

New spy shots provide a fresh look at the development of the Ford F-150 EV.  InsideEVs.com previously saw it testing in early February. 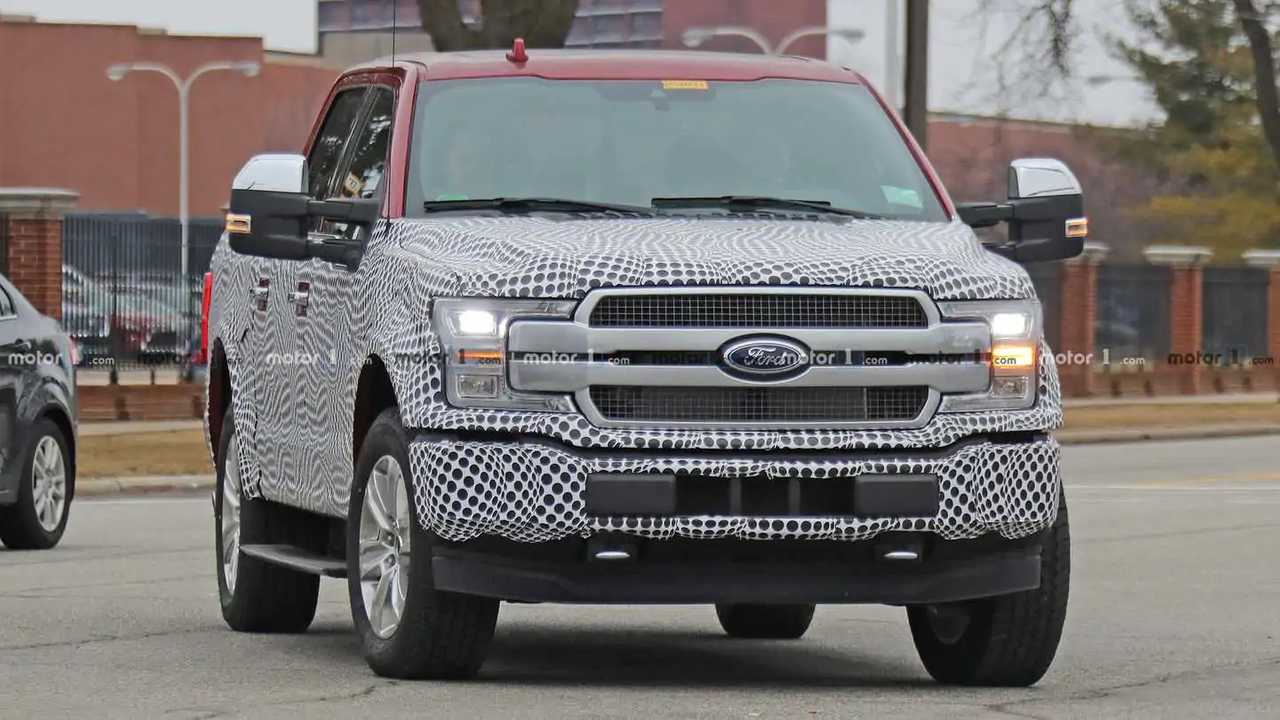 At first glance, you might suspect this is just a normal F-150, but these shots reveal some of the EV's special details. At the back, the Blue Oval's engineers want to fool you by mounting an exhaust on the passenger side. However, these photos reveal it's actually just a pipe without a connection to anything, in addition to the picture catching the truck's independent rear suspension layout.

Our spies also note that the F-150 EV rides slightly higher than the standard model to fit the batteries underneath the cab. The extra height doesn't look too substantial over the existing pickup, though.

If you're trying to figure out where to plug in the electric F-150, then take a very close look at the front bumper. Can't see anything? There's a concealed panel on the driver side that hides the receptacle. Ford's engineers deserve a round of applause for hiding the area so well, but one of the previous spy shots (above right) provides a better look at it.

Specs for the electric F-150 aren't yet available. However, the test mules in these spy photos are reportedly very early prototypes for developing the necessary technology and don't reflect what Ford intends to sell to consumers when this vehicle finally comes to market. Ford President of Global Markets Jim Farley only announced the EV's development in January 2019. At the same time, he said that a hybrid F-150 was on the way, too.