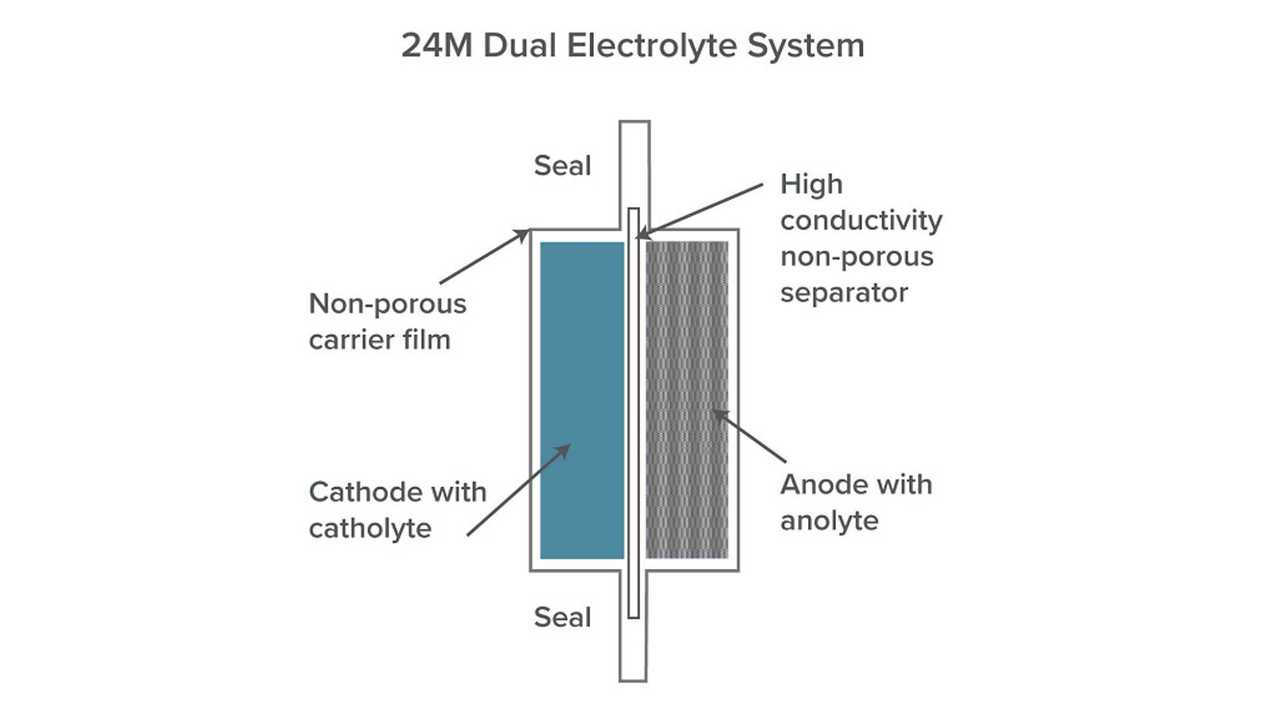 The new concept utilizes two compositionally distinct electrolytes - anolytes and catholytes - for two electrodes, "expanding the universe of potential electrolytes, including water and other materials that to-date have not been compatible with both the anode and cathode simultaneously". According to 24M, having two electrolytes enables it to use next-generation chemistries to increase energy density to 350 Wh/kg and improve cycle life, safety and cost.

The news sounds great and we are happy to see that there is potential to significantly increase energy density, while at the same time keep costs under control.

"The 24M SemiSolid electrode platform provides the foundation for its Dual Electrolyte System, dramatically improving overall manufacturing capital efficiency, while allowing distinct approaches to cell design and chemistry. The novel 24M cell architecture uses an ionically conductive, non-permeable separator to isolate the anolyte from the catholyte, while eliminating solid-to-solid interface issues that have plagued full solid-state approaches to date. 24M’s work with numerous world-class materials manufacturers has shown this approach will be both manufacturable and cost-effective."

"The architecture of the 24M cell and manufacturing process for SemiSolid electrodes have been proven via many tens-of-thousands of cells over the past eight years of development. This work has laid the foundation for the development of the Dual Electrolyte System, the initial testing of which will be discussed at the seminar."

“Using compositionally distinct electrolytes is a game changer for battery manufacturing and we’ve proven the fundamental technology. At the conference, Naoki will discuss how the 24M Dual Electrolyte System expands the universe of potential electrolytes, including water and other materials that to-date have not been compatible with both the anode and cathode simultaneously.”

“The unique 24M approach to compositionally distinct electrolytes makes it possible for 24M to embark on radical new directions in anode and cathode chemistry. Seldom in lithium-ion battery development has such a possibility been realizable, but the advancement in solid-state ion conductors and 24M’s SemiSolid electrodes opens this possibility.”