The Jeep Wrangler is about to go green, and these spy shots catch the upcoming plug-in hybrid's development on public roads for the first time.

Wrangler fans should be happy that the plug-in hybrid looks just like the existing model.

The Jeep Wrangler is about to go green, and these spy shots catch the upcoming plug-in hybrid's development on public roads for the first time. Jeep has already confirmed the PHEV's arrival for the 2020 model year, and we could see the debut at an auto show before the end of the year. 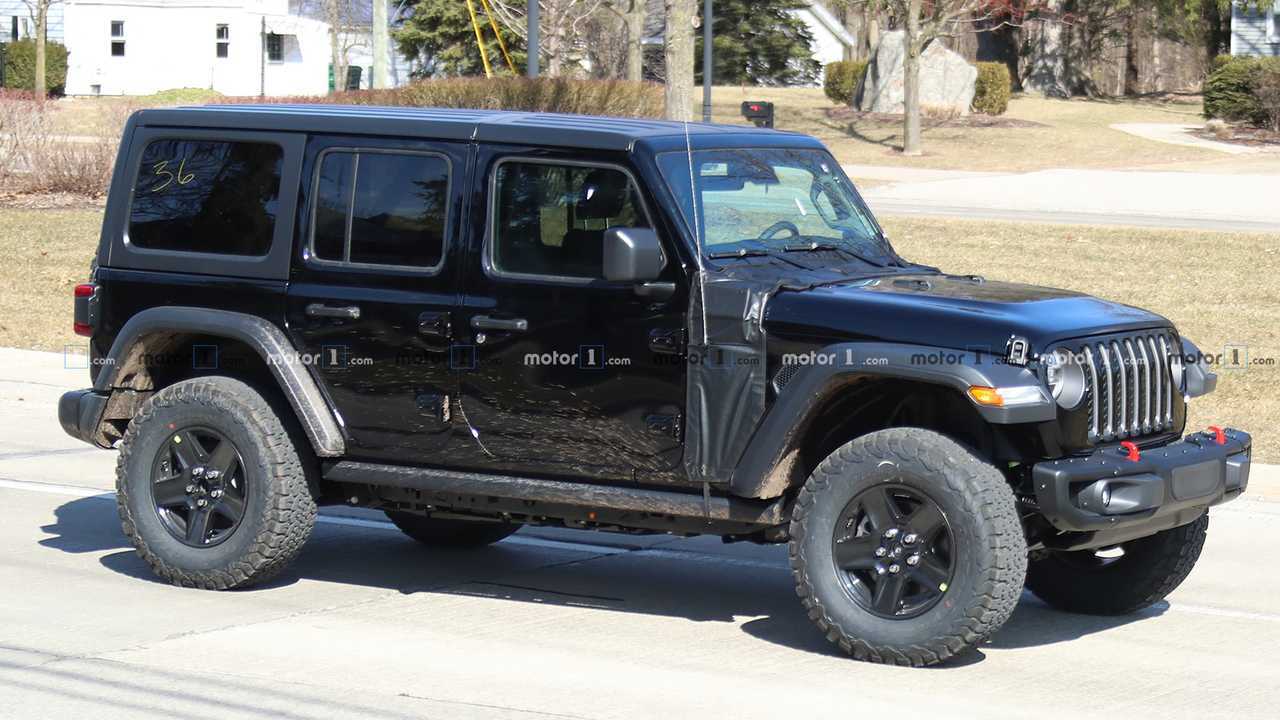 Wrangler fans will be happy to see that the hybrid model looks practically identical to the existing version. The only noticeable change is the black body cladding that runs across the hood and over both fenders. There's no other evident spot for the plug to go, so this concealment piece very likely hides where someone would feed the vehicle electricity. The taillights with clear center sections on the test mule indicate this is the European model of the Wrangler.

Jeep hasn't yet confirmed many specifics about the Wrangler PHEV's powertrain, but the combustion part of the setup is reportedly the model's existing 3.6-liter V6. The company says that the electrification tech sits in a protected area under the vehicle between the exhaust and the driveshaft. The company intends to produce some of the hybrid components in-house at a site near the Wrangler's assembly plant in Toledo, Ohio.

These shots show Jeep developing the PHEV powertrain on the four-door Wrangler Unlimited. At this time, it's not clear whether the electrified powertrain is exclusive to the larger model or whether the tech would be available on the two-door Wrangler. Since the Gladiator pickup is so mechanically similar to the Wrangler and also comes from the Toledo plant, the truck could conceivably get the hybrid system, but Jeep isn't discussing the prospect yet.