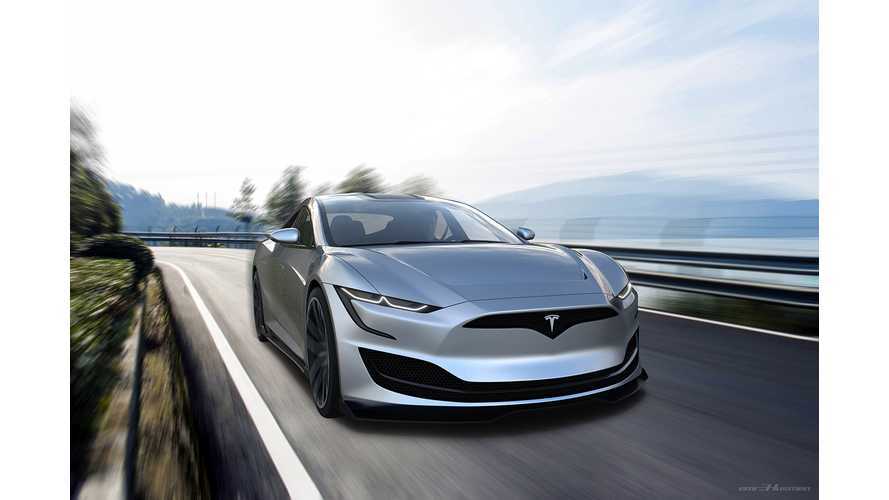 Rad may be an understatement.

Seen here is a render of the next-generation Tesla Model S. It’s radically different from today’s Model S, but we must admit we're truly in love with the shape and sportiness of the S seen here.

It is by far the most striking render of a Model S we've ever laid eyes on.

What we see here a super sleek sedan that seems highly focused on performance. It's got that widebody appearance and it's definitely very low slung. Let’s just call it what it is - a Model S on steroids.

Just the other day, we presented a Tesla Roadster rendered as a shooting brake (wagon). We followed that up by showing a Model S interior render with the curviest dash screen ever seen.

But these renders take top honors. This is what the next-gen Model S should look like. At least that's what we think. Do you?