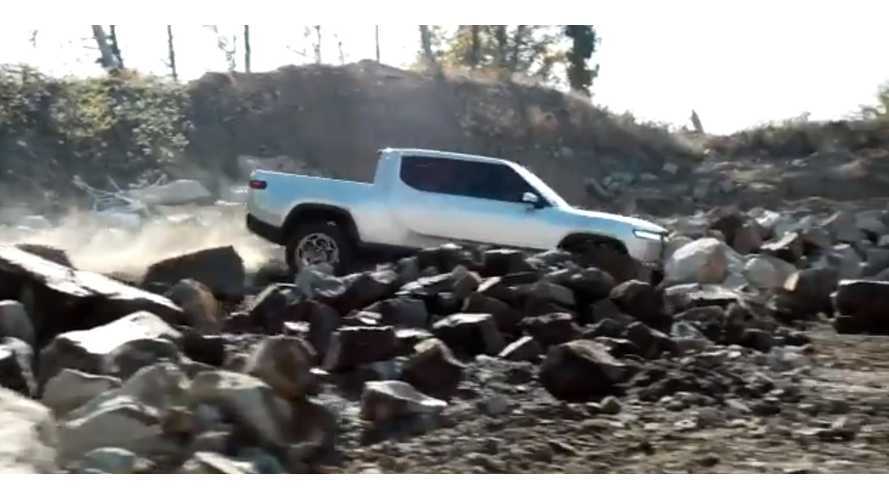 Built to take you just about anywhere your heart desires.

The Rivian R1T electric pickup truck ventures far off the roadway in this new video that shows it's a very capable off-road electric truck with robust abilities.

Pitched as an outdoor adventure vehicle, Rivian says the R1T is at home both on and off the road. In fact, several of the truck makers latest videos have focused on backcountry driving.

We documented much of the adventure here at InsideEVs. It all started back in Aspen, Colorado where both the R1T and R1S were displayed. Later, both of the electric vehicles headed off on a journey where few EVs have ventured before. With Rivian dropping hints here and there along the way, it was quite spectacular and helped to introduce us and the world to the capabilities of Rivian’s vehicles.

That was then and this is now. From snow-covered roads to rocks, dirt and gravel.

Now you can grab a look at the R1T tackling some rocks, throwing stones and sliding around in the video below:

Superior handling on anything you may call a road. #R1T pic.twitter.com/N2qXK7GRzN