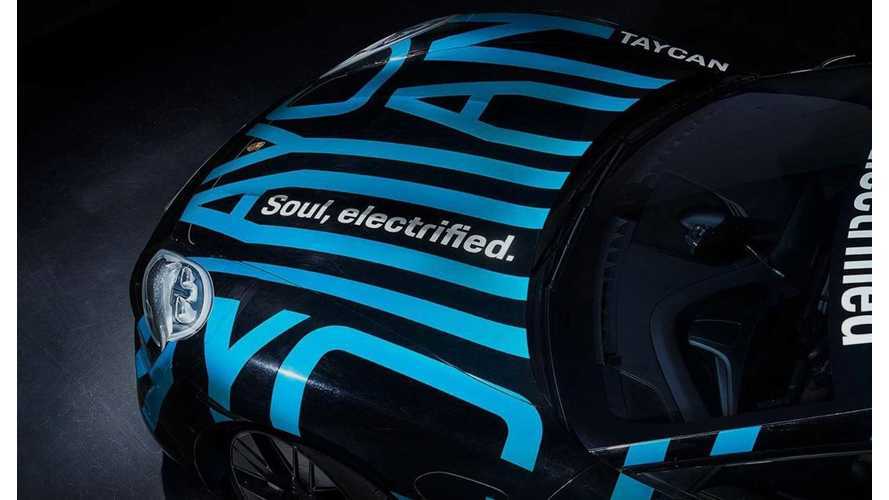 The company wants to make it feel like just as much of a Porsche as the 911.

A colorful new batch of teaser images provides a fresh look at the upcoming Porsche Taycan. The company also discloses a few new details about the electric sedan's development.

Former Boxster model line boss Stefan Weckbach is leading the Taycan program. "As the first fully electrical Porsche, the Taycan has to show that it is a fully­-fledged member of the Porsche brand," he said in the brand's teaser. “Of course, this is a great challenge – and a huge expectation, both internally and externally.”

Weckbach confirms that Porsche intends to have half of its sales be electrified or hybrid products by 2025. In addition to the Taycan, the Cross Turismo wagon version joins the EV lineup "soon afterwards," according to the company's teaser.

Porsche 911 model line boss August Achleitner also provides his view on the Taycan project in the new teaser. "What characterizes a pure­bred Porsche is the fact that it always actively involves its driver," he said. "And this philosophy is contained in the Taycan, just as much as in the 911. The adjustment period from one vehicle to the next takes a few minutes. If even that."

The Taycan will offer over 600 horsepower and be capable of reaching 62 miles per hour in less than 3.5 seconds. A full charge should offer roughly 310 miles of range.

Porsche recently confirmed that it would unveil the production-ready Taycan at an event in September. According to the company, over 20,000 people have already placed orders for the EV. Demand is so high that the automaker is already boosting production to cope. Sales begin before the end of the year. Pricing is allegedly on par with the Panamera, at least for base versions of the Taycan.