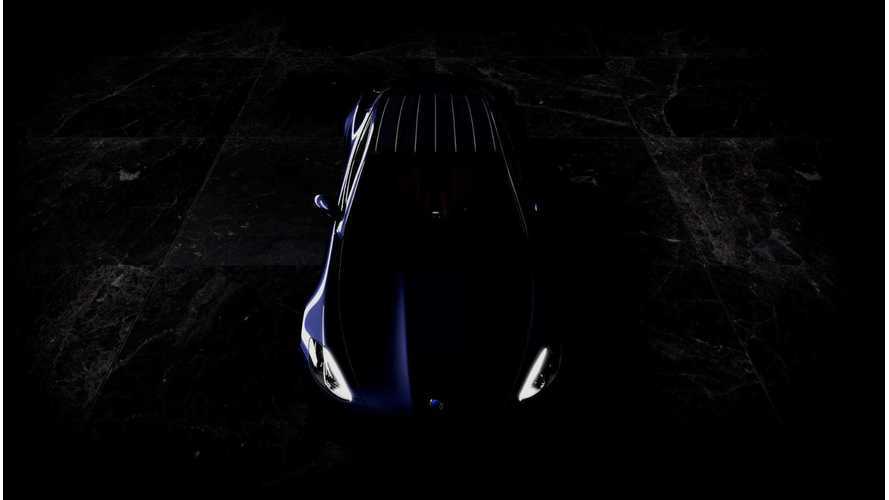 The sedan will join two new Karma concepts next month at Auto Shanghai.

Karma Automotive dropped a new teaser photo for its redesigned Revero, giving us just a taste of what’s to come for the company’s plug-in hybrid sedan. It will be one of three machines Karma unveils next month at Auto Shanghai in China, but the Revero is of particular interest because it’s the only Karma product you’ll be able to buy. For now, at least.

There isn’t much we know about the Revero, as it’s been kept under wraps pretty tightly. We’ve only caught a couple prototypes testing on the road, and the last encounter was nearly a year ago to the day. We expect to see a fresh-yet-familiar face up front, with some version of the car’s familiar grille carrying over. The teaser hints at the new headlight design, but changes to the Revero’s backside are still a mystery. At least it’s a mystery soon-to-be-solved, since Auto Shanghai is barely a month away.

Joining the new Revero will be two concept vehicles that, along with the production sedan, are dubbed the Shanghai Big Three by Karma Automotive. We saw a teaser for the Vision electric concept nearly two weeks ago, revealing a very low-slung car with wide hips and a short roof. Just a few days ago we got a teaser for the other concept, an as-yet-unnamed vehicle with thin headlights and a toothy low-mount grille not unlike the Revero’s face. Of particular interest for this concept is Pininfarina’s involvement in the design. Whether either concept leads to additional production vehicles remains to be seen.

It’s been a rocky road for Karma Automotive, which of course picked up the pieces from Fisker after the company’s bankruptcy in 2013. The Fisker Karma sedan became the Karma Revero, which has remained virtually unchanged since then. The new Revero is set to go on sale the second half of 2019.

Auto Shanghai kicks off on April 16.