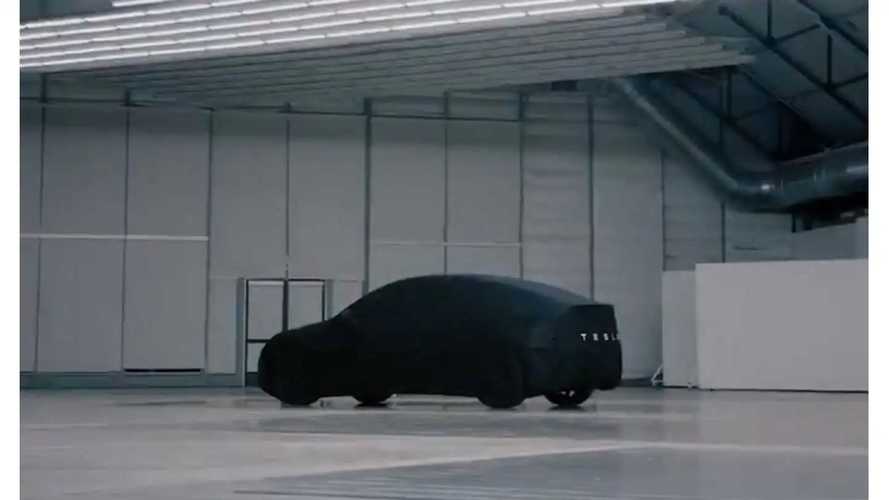 Enough with the teasing. Show it already.

Telsa has just released a new teaser video of the Model Y ahead of the big reveal set for tonight. You can see the entire thing in the tweet embedded below (we've added the Instagram version as well). The image up below is what happens when you lighten and enlarge it for a better view.

It appears to be the actual vehicle, albeit it tightly wrapped in a covering cloth. Despite the obfuscation, the lines are clearly visible and we think they look pretty good. This time around, it seems head designer Franz von Holzhausen has avoided some of the "egginess" found behind the B-pillar in the Model X. We'll see what that means for head space for third-row passengers -- if, indeed, there is one -- during the reveal livestream tonight.

While looks are, of course, subjective, this latest teaser has buoyed hopes here at InsideEVs that the all-electric crossover will have some appeal. Whether that will lead to a flood of orders remains to be seen, but considering the size, shape, and approximate price of the Model Y, we would be surprised if demand were not higher than that for the Model 3.

With more competitors to face than the automaker's mid-size sedan, however, it remains to be seen whether the latest addition to the Tesla lineup will be its ace in the hole.