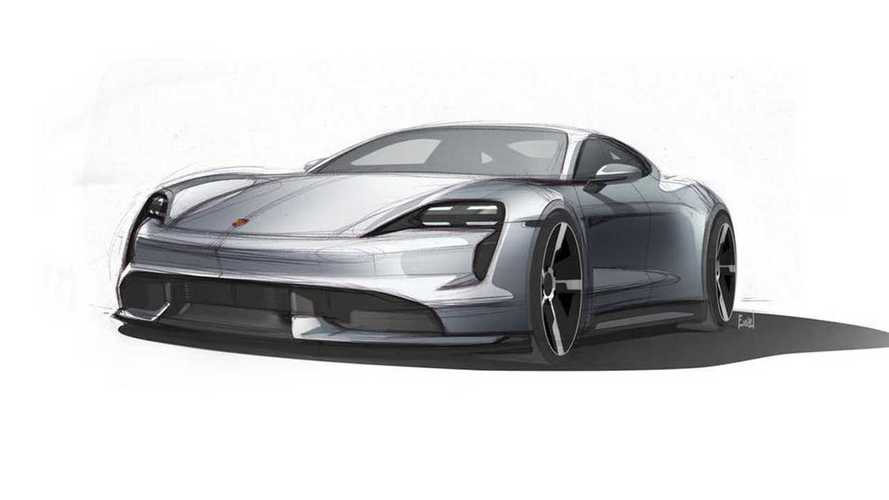 Nothing quite like a good teaser from the automaker months ahead of the reveal.

Yes, here you have it folks. Our friends over at Taycan Forum were able to get their hands on some final sketches direct from Porsche. The automaker doesn't have plans to reveal the upcoming all-electric entrant until September. However, as most of you are well aware, we've been forced to use Mission E images and spy shots for some time now, since Porsche has yet to offer design images of the Taycan.

Will the Porsche Taycan really look like the early Mission E prototype?

While we still don't have official photos of the Porsche Taycan at InsideEVs, Taycan Forum was able to access some recent sketches that are reportedly revealing of the car's true from. In fact, a Porsche owner and follower of the related forum received an insider email directly from the automaker. It included the following caption:

To keep you dreaming about the Taycan on public roads, we have also brought you the latest design sketch of the Taycan from the design studio in Weissach. As you can see, the rest of 2019 looks very exciting! We look forward to sharing these experiences together with you.

Taycan Forum notes that it shows some resemblance to the Taycan prototypes they've discovered, though it also bears much similarity to the previous Mission E prototypes.