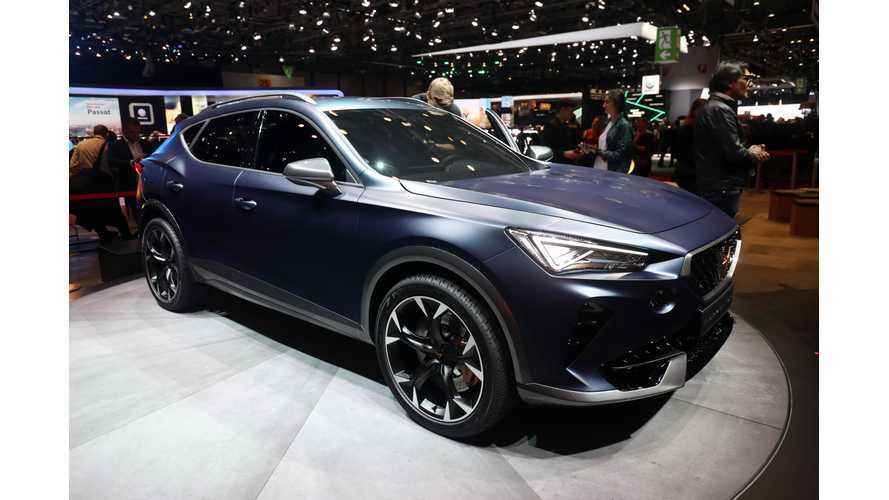 In production starting in 2020

Cupra Formentor concept unveiled in Geneva is a Cupra designed from the ground up, which is why the Spanish company calls it the manifesto of the brand.

The plug-in hybrid Formentor is not only a concept, but a preview of the production version, which is coming in 2020. If nothing changes, the all-electric range should remain at up to 50 km (31 miles) on the WLTP cycle.

"This CUV incorporates all the character traits of a brand such as CUPRA - uniqueness, sophistication and performance.

The car, which will reach the market in 2020, was named after cape Formentor, one of the most beautiful, wildest and therefore exclusive capes on the island of Mallorca and a name that evokes power, strength and safety.

With the Formentor, the brand’s most emotional and technologically advanced model, CUPRA celebrates its first anniversary full throttle by entering a new segment and committing to an innovative high-performance plug-in hybrid engine. The Formentor revs up the shift towards electrification and previews the design direction of future CUPRA models."

Let's see the photos and videos from the stage as the Cupra Formentor seems to be one of the better looking PHEVs.