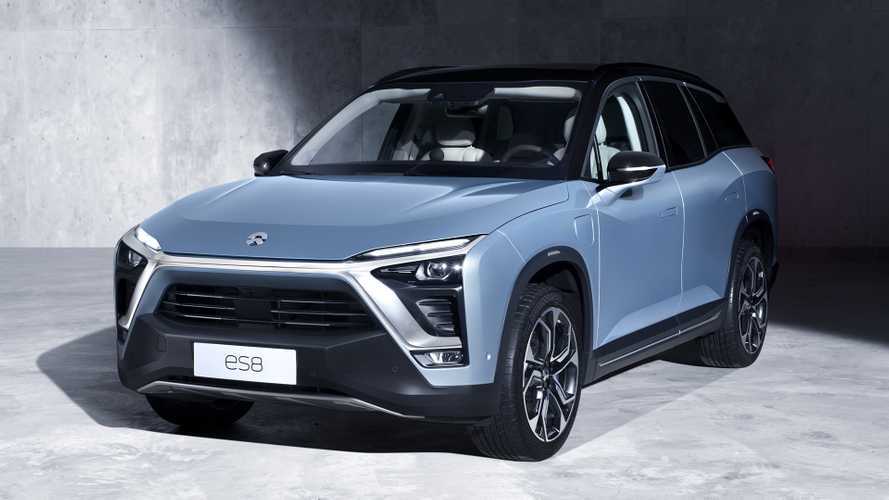 New offering should expand sales beyond that of just the 7-seat version.

China-based EV startup NIO will start to hand over the ES8 6-seater version on March 19, 2019 with a pre-subsidy price of RMB456,000, said Li Bin, founder and chairman of the EV maker.

According to published photos, the exterior and interior of the 6-seater version are basically unchanged compared to the ES8 Founder's Edition, while differences can still be noticed in the second-row seat.

Featuring 2+2+2 seating layout, the ES8 6-seater version adopts two newly-design seats for the middle row with strengthened lateral strut and protection for human's head, shoulder and waist. Between the two middle-row seats is a 200mm-wide aisle, which is even 20mm more than that of the Buick GL8 MPV.

Some human-friendly designs are also offered in the new model. For example, the adjustable armrest at each second-row seat contains a cup holder. Besides, there is a tiny room located at middle seats close to the aisle, allowing people to place something like mobile phone.

The ES8 production output totaled 8,069 units in the fourth quarter of 2018, leaping 91.8% compared with 4,206 units produced in the previous quarter. The ES8 full-year production reached 12,775 units, according to NIO's unaudited financial results for 2018.

Deliveries of the ES8 amounted to 7,980 units in the fourth quarter, skyrocketing 144.2% over the third quarter. Besides, the full-year ES8 deliveries totaled 11,348 units.