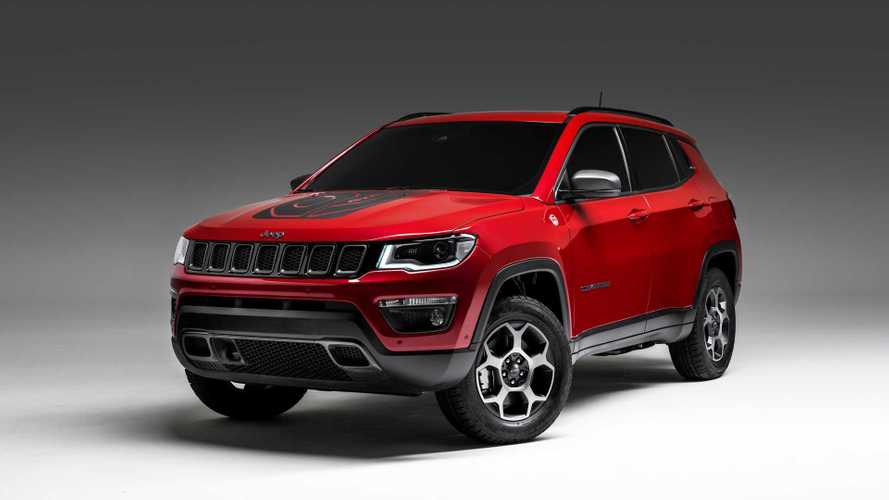 These might look like fairly regular versions of the Renegade and Compass, but these two Jeeps actually have an ace up their sleeves. The dynamic off-road duo utilizes a plug-in hybrid powertrain consisting of a turbocharged 1.3-liter gasoline engine working together with an electric motor. The combustion engine drives the front wheels whereas the electric motor powers the rear axle to enable an electrified all-wheel-drive system.

In the case of the smaller Renegade, combined output varies between 190 and 240 horsepower, which is enough for a sprint to 62 mph (100 kph) from a standstill in roughly seven seconds. Jeep says the Compass with its 240-hp maximum power offers similar performance, but the final numbers are pending homologation. Thanks to an unspecified battery pack, the Renegade and Compass in the new PHEV flavor can travel solely on electric power for up to 31 miles (50 kilometers) before running out of juice. While you’re in electric mode, the two can hit a top speed of 81 mph (130 kph), but that will obviously drain the battery much faster.

Jeep goes on to mention the these two Renegade and Compass PHEV models are going to feature a special instrument cluster and infotainment screen showing relevant details about the more eco-friendly nature of the two models, specifically about the hybrid setup. Aside from the obvious efficiency advantages enabled by electrification, the two promise to offer better acceleration and quicker engine response while further increasing the off-road abilities thanks to the electric motor’s instant torque.

FCA has the two Jeeps on display at the Geneva Motor Show where Alfa Romeo is introducing the Tonale compact crossover concept while Fiat has the adorable Centoventi concept. Maserati is also attending the show to exhibit the Levante Trofeo Launch Edition while Ferrari has the new F8 Tributo.