The Jaguar I-Pace has won the 2019 European Car of the Year award at the Geneva Motor Show, marking the British automaker's first trophy for the honor. The brand's electric crossover actually tied with the Alpine A110 with each of them receiving 250 points. The Jag earned the overall victory because more voters put it at the top of their list than the Alpine. The Kia Ceed and Ford Focus took third and fourth place with 247 and 235 points, respectively.

"For our first electric vehicle to also be the first Jaguar to win European Car of the Year gives us a huge sense of pride," Jaguar CEO Ralf Speth said about the honor.

Being European Car of the Year might not be the I-Pace's last trophy for the year because it's also among the finalists to be World Car of the Year. The electric crossover was also up for the North American Utility of the Year honor, but the Jag lost to the Hyundai Kona and Kona EV. However, the EV scored 55 awards from around the world since its launch, including taking UK Car Of The Year. 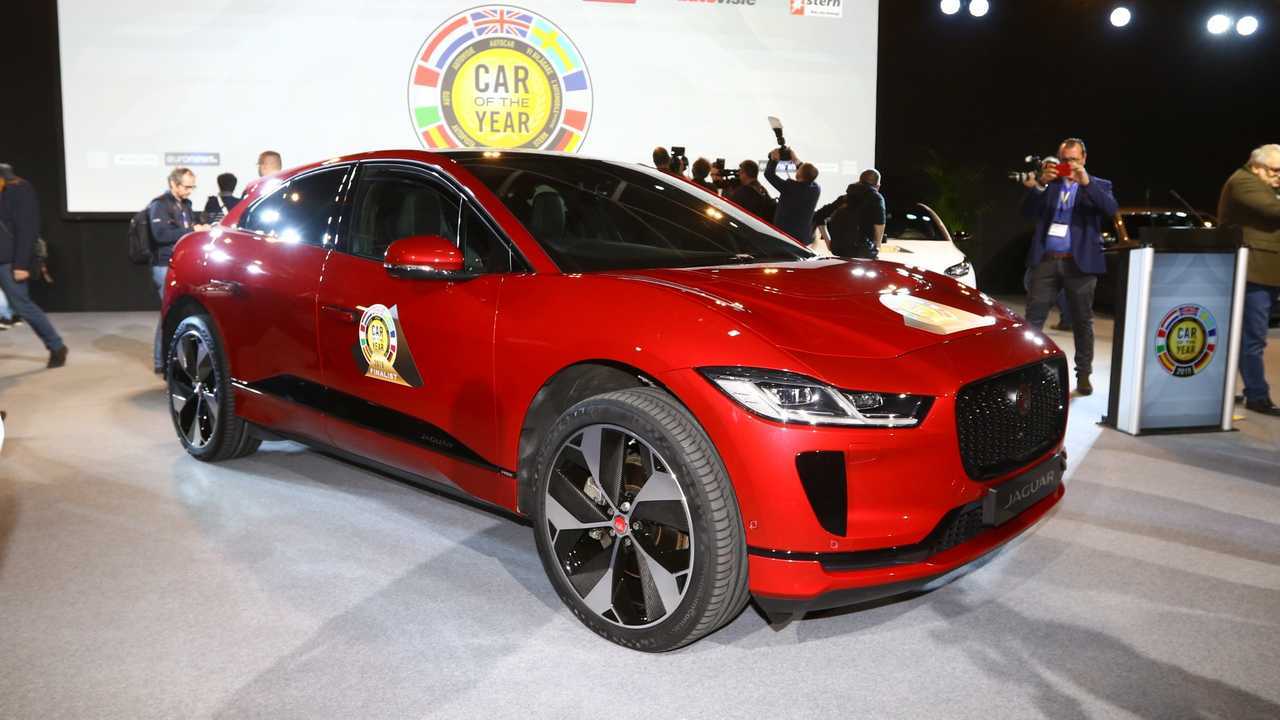 The I-Pace is Jaguar's entry into the burgeoning premium electric crossover segment against vehicles like the Tesla Model X and forthcoming Audi E-Tron. Power comes from two electric motors – one on each axle – making a total of 394 horsepower (294 kilowatts) and 512 pound-feet (694 Newton-meters) of torque. The EV can hit 60 miles per hour (96 kilometers per hour) in 4.5 seconds, and the 90-kilowatt-hour battery provides an EPA-estimated 234-mile (377-kilometer) range.

Ian Callum director of design of Jaguar receives the #CaroftheYear 2019 award from Frank Janssen president of the Coty Jury pic.twitter.com/vSredyRi63