Ain't it odd seeing an SUV up against a proper sports car on the track?

This hot, souped-up Audi features AWD, so might it stand a chance against the Tesla in a drag race? 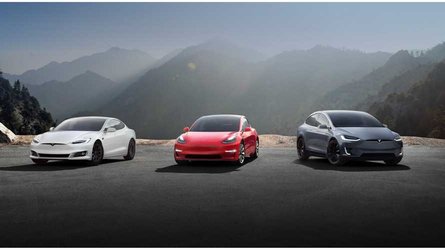 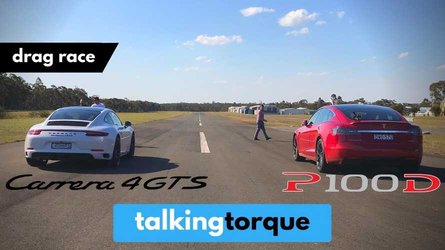 The are several different races featured here, so if you're interested in just the Audi versus Tesla Model X matchup, then fast forward to the 1:09 mark in the video.

How does the big Tesla Model X 100D (note: this isn't the Performance version) SUV fare in a drag race against this souped-up 510-hp Audi TT-RS? The Audi takes on a Ferrari, Lamborghini and several other challengers too.

What we find most interesting here is the sheer size difference between the Model X and the Audi and that it's a close race, despite it not being the Model X P100D version, which is far more suited to these races than the 100D.

This time I have filmed a 510HP Audi TT-RS 2.5 TFSI Quattro in action on the drag strip, doing some head to head races.

It's up against a Tesla Model X 100D, Ferrari California T, Lamborghini Murcielago and more!