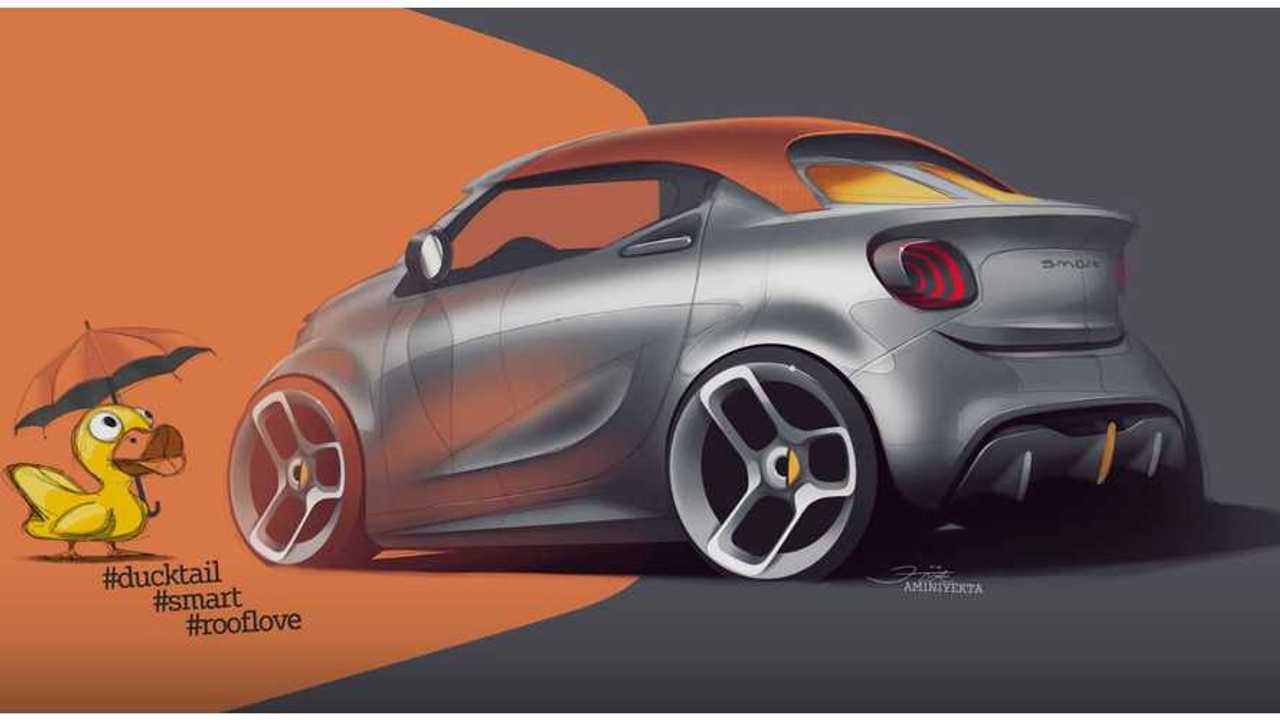 This is what future Smarts will look like. Literally.

Smart’s future is unclear – some reports suggested the brand could disappear entirely, but for the time being, it will focus on all-electric vehicles. In fact, most of the brand’s ICE-powered models will be discontinued soon and will be replaced by electric versions. What better way to celebrate the switch to greener energy than a dedicated EV concept. Meet the Smart Forease+ teased here, which will make its debut in Geneva next week.

If the name sounds familiar, that’s because Smart introduced the Forease speedster study at last year’s Paris Motor Show. The new concept is very similar but features a removable soft top, orange accents, larger wheels with a different design, and a distinctive ducktail shape of the rear end.

Based on the production EQ ForTwo Cabrio, the concept should be fully drivable but Daimler’s tiny division is not ready to disclose additional details at the moment. However, if the Forease concept from last year is anything to go by, the new show car should have an entirely electric powertrain – something we will see in every new Smart on the road from 2020. In fact, the brand is already fully-electric in the United States, Canada, and Norway, and will soon become an EV only maker.

Whether the Forease+ will morph into a production model or not – we don’t know yet. But judging by the first teaser image of the concept, the future looks promising for the German brand – and makes us believe electrification for mainstream vehicles is already here and we won’t have to wait a decade or so to buy an efficient, smart (pun intended) EV for the city.