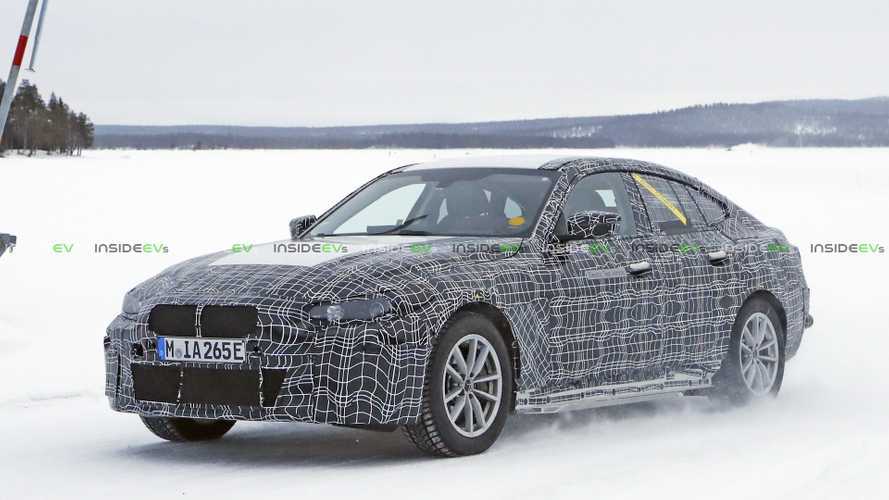 The prototype with painted exhaust pipes is back out in action.

BMW is conducting winter tests of a prototype i4 model, which this time was caught by spy photographers in motion.

As you can see from the side profile, BMW installed the skateboard battery, which is slightly protruding from the raised 4 Series Gran Coupe donor car.

BMW Invests Big Bucks To Prep Factory For i4 EV

Production of the i4 is planned from 2021 on at the Munich plant in Germany. BMW i4 is one of the several next-generation models with the all-new 5th generation eDrive platform.

The long-range i4 electric sedan will likely be one of the most anticipated new electric cars from the German make. Provided it's not crazy expensive, BMW could have a real hit on its hands here. Guess we'll find out for sure in just less than 2 year's time.