B1 & B2 Pickup Trucks From Bollinger Get Military Spec Components 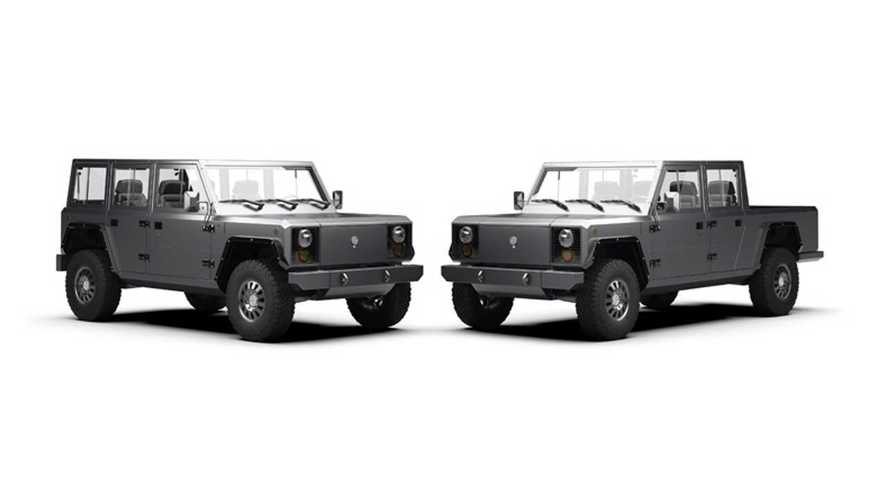 More than 25,000 reservations were placed

Bollinger Motors has selected Ricardo as a supplier of the braking system, including Antilock Brake System and Electronic Stability Control (ABS/ESC) for the all-electric sport utility trucks Bollinger B1 and Bollinger B2.

According to Ricardo Bollinger will get the very same military-hardened Ricardo ABS/ESC braking system components already deployed with military vehicles like the High Mobility Multipurpose Wheeled Vehicle (HMMWV). It proves that Bollinger will be what it is expected to be, a very rigid off-road EV, well above the commercially available cars.

Bollinger Asks Tesla If It Can Use Superchargers

Bollinger already received more than 25,000 reservations and plans to start production in 2020.

"This announcement of Ricardo as the supplier to Bollinger Motors follows the development of the Ricardo ABS/ESC system for the High Mobility Multipurpose Wheeled Vehicle (HMMWV), and a subsequent five-year prove-out of the system on a pilot project – in which a number of Michigan Army National Guard vehicles were fitted for evaluation testing. This earlier work enabled the operational testing of the system to produce a high-quality system for the domestic and international defence and commercial sectors. The Bollinger B1 and B2 models will now use the very same military-hardened Ricardo ABS/ESC braking system components already deployed with military units around the world to improve the safety, performance, and reliability of the Bollinger all-electric sport utility trucks."

“We are excited to be selected by Bollinger Motors to provide the hydraulic brake system including callipers and our electronic brake control systems. Having proven the system in military operational testing and use, we are extremely pleased to be a part of Bollinger’s innovative fully-electric trucks.”

“We chose Ricardo Defense because the Ricardo braking system leverages best-in-class engineering and components and has proven itself in demanding military applications. Our relationship with Ricardo is a great example of the reason we relocated our business to Michigan and demonstrates our commitment to US-based products and suppliers.”