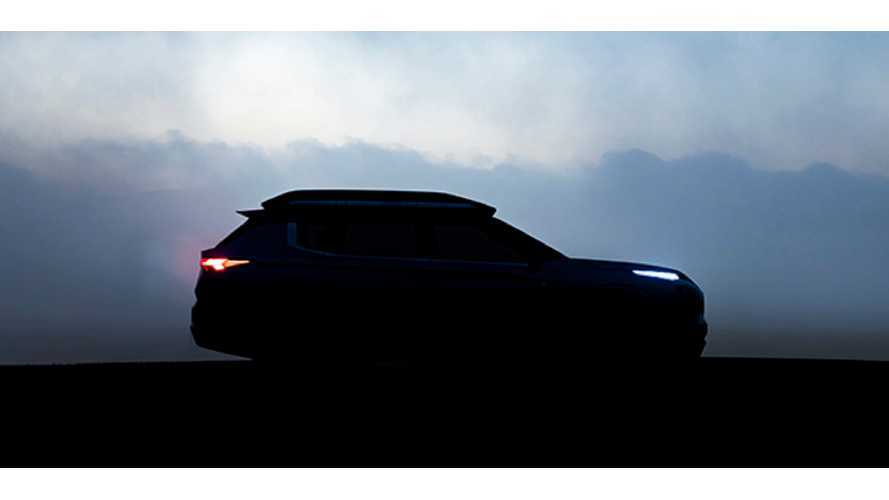 Mitsubishi has released another teaser and it reveals the upcoming Engelberg Tourer's profile.

About a month ago, we informed you that Mitsubishi has plans to unveil its Engelberg Tourer Electric SUV Concept In Geneva. Well, the time is about to arrive and the automaker has teased the crossover once again. Like most teaser images (previous teaser shown below), it's hiding in the shadows and doesn't let on too much. But still, you can easily make out the shape and profile of the SUV.

As you can see from the image above, the Engelberg Tourer looks much like your run-of-the-mill sporty crossover. There's really no way to assess its size or footprint, but the image is quite revealing in terms of the SUV's shape and exterior facade. In addition, it's clear that there's a roof box atop the vehicle, which may or may not come as an option on the crossover. According to Autoblog, it houses the off-road lights as you can see in the previous teaser below.

We can't count how many times we've heard that the Outlander PHEV is in dire need of a redesign. It finally made its way to U.S. shores at the very end of 2017, after a wealth of delays. While it's well-priced, it lacks much of what's expected of SUVs in today's market. Autoblog notes that it seems similar enough to the Outlander that it may well become the next iteration of the plug-in hybrid. Hopefully, we'll know much more in a few weeks.

We extend kudos to Autoblog, as it did some nice work with Photoshop to better reveal the upcoming crossover. Follow the source link below to see it more clearly.