Is this a new, more powerful version of the Audi E-Tron electric SUV? Could it be the rumored Allroad variant? 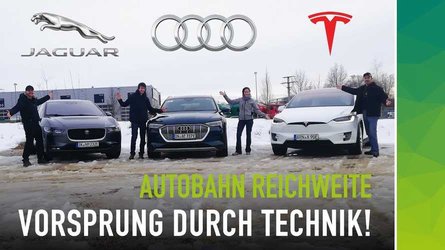 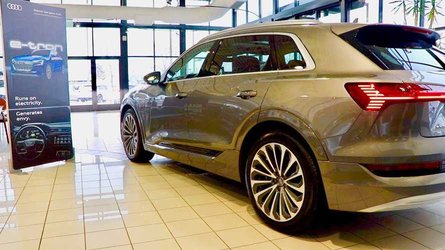 2019 Audi e-tron First Impressions: Everything You Need To Know

We're well aware of the fact that Audi has no intention of stopping at just one E-Tron. Indeed, the automaker is actively working on a smaller E-Tron. Presumably, some other variants of the original E-Tron and the baby E-Tron will be launched in the future too.

The only indication in the images suggesting this is some sportier version of the E-Tron SUV is those tires. Look at the rear ones. Those sure are some wide rubbers.

As our spy photographers note:

The rumors suggest that the sportier version will get a three electric motor set up, with two motors on the rear axle. The e-tron currently develops 402bhp front and rear motor together and if you double the rear motors, we would come up to 640bhp in total. Maybe Audi decides not to give the e-tron all that power but a figure around 500-550bhp is clearly possible.

That would be some kind of beast right there.

Take a look at the images in the gallery below and let us know what you think. Is this just a beefed-up E-Tron or is there something more hidden within?