It appears as though automatic emergency braking has saved another Tesla from a crash.

This time around its a Tesla Model X that stops itself (possibly with a bit of extra help from the driver) from impacting a red-light runner. 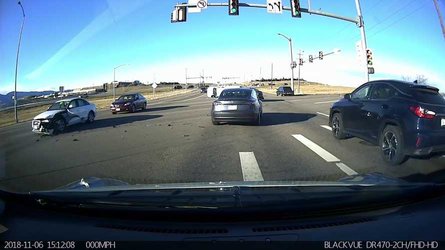 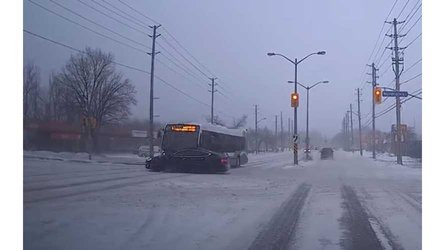 The scenario here is a bit different than that last one though. There's a chance the driver saw the car coming in this clip. There was no possibility the driver noticed the red-light runner in that previous incident though.

The driver himself admits to hitting the brake pedal, but indicates the car began stopping itself first:

The car braked hard and I think I joined in too. Split second he was gone and I snapped out...

It sure is swell having a car that has eyes all around it that are always on the lookout.

Happened so fast. Idiot ran a red light and almost @38secs and almost took my Model X front end with him.

The car braked hard and I think I joined in too. Split second he was gone. I snapped out of it and moved on happy that my day didn’t go sideways.

The video was from Tesla autopilot cam so no sound and it’s narrow view, but it doesn’t do justice to show the split second braking and all the things that got thrown forward in the car.

MotoK tips yes looking left and right as a matter of fact always looking 360 helps while driving in any one direction. And for that day I missed a distant high-speed missile coming from the left, I’m glad I escaped it with the help of AI looking for me.

Gotta watch out for those missiles.