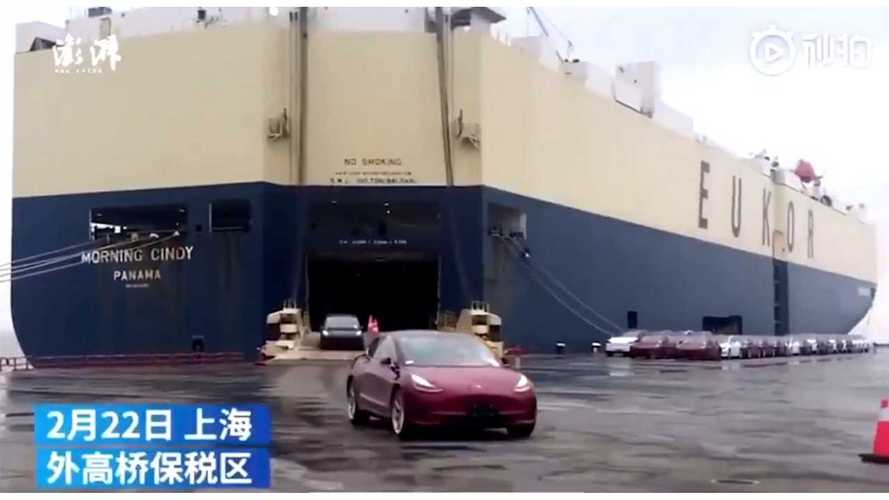 A major shipment of Tesla Model 3 arrived in China. The reports say about 1,837 Teslas, including over 1,600 Model 3 arrived in Shanghai. Earlier this month, we also read about the first delivery at the Tianjin port near Beijing.

Tesla also already started deliveries to first customers in China - slightly ahead of schedule (the plan was for March). Wait...what? Tesla is ahead of schedule. How is that possible? As Tesla evolves over time, the automaker has become increasingly aware of overly optimistic timelines. Tesla now sets realistic goals and targets and it achieves them.

Down below you can find photos from the delivery ceremony in Beijing.

In other words, Tesla already delivered the Model 3 both in Europe and China. In the coming months, we should see a steady increase of deliveries and sales in those markets.