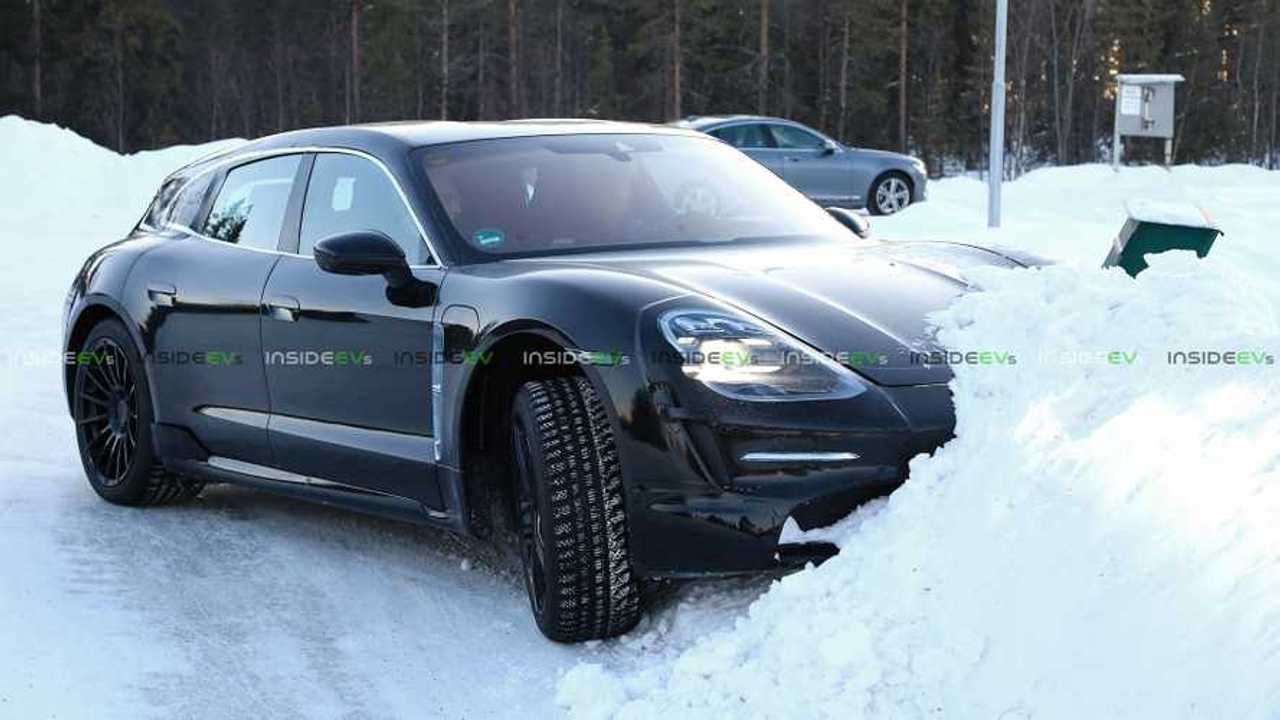 Sure looks like it hit that snow bank, doesn't it?

Seen here is the wagon version of the Porsche Taycan.

Obviously, it's a rather early stage test vehicle. Just take a look at the rear. It's clearly pieced together in a rather hodge-podge sort fo a way.

Porsche has committed to developing several versions of the electric Taycan and one is the wagon seen here.

Aside from smashing that snow bank, another oddity seen in the images is the mismatched front and rear wheels.

This isn’t the Porsche Cross Turismo concept, which is an off-roady version of the Taycan.

This Turismo version brings with it all the benefits of a proper wagon, meaning lots of cargo room. The Taycan wago is expected to launch after the standard Taycan, so likely two years away still. It will initially be offered only in AWD form, though RWD may follow.

As we previously stated of the Taycan wagon:

The Taycan Turismo will surely enter production, likely as just a version of the Taycan. Rumors suggest it will be offered in various trims too, with power output rising with price.

Check out the images in the gallery below: