Lincoln is working on a new model, the Lincoln Corsair (seen in camouflage back in mid-2018), which will replace the MKC compact crossover.

According to The Truth About Cars, the VIN decoder document sent from Ford to the National Highway Traffic Safety Administration reveals three powertrain options, including a plug-in hybrid version: 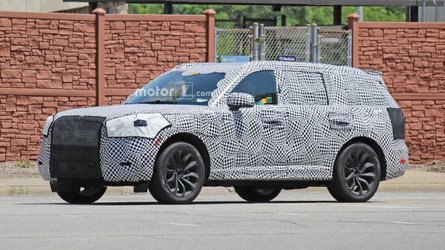 Because the Lincoln Corsair is reportedly related to the new Ford Escape, the Escape could be offered in a plug-in hybrid version too. At least that would make sense to us.

Together with the upcoming Lincoln Aviator plug-in hybrid, Ford would reinforce its plug-in offer, which has shrunk to just a single car - Ford Fusion Energi.

In recent years, Ford has been among the weakest plug-in players, but the automaker does promise an electrifying future. Hopefully, that happens sooner rather than later.

Source: The Truth About Cars via Autoblog.com