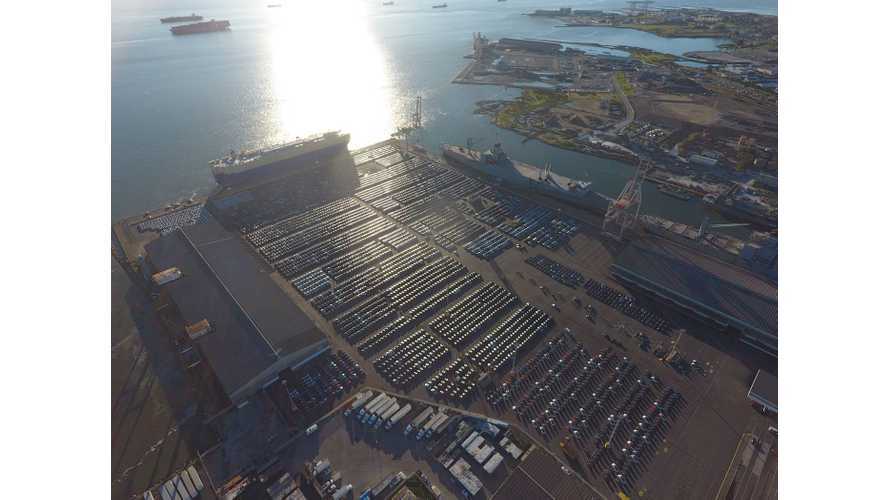 Elon Musk shared a photo of approximately 4,000 Tesla cars. These cars are loading up in San Francisco with a destination of Europe. We assume that most of those cars are Model 3.

Tesla already shipped some 1,400 Model 3 and 350 Model S to Europe, according to enthusiasts who were at the port of Zeebrugge in Belgium. At this point, we don't know how many other ships already sent with Model 3 to Europe and to China, but it seems that deliveries are progressing.

We can only imagine that in the very near future, Model 3 sales in Europe will begin to be reported in big volumes. However, the long delays caused by loading and unloading ships and the time spent at sea means that a lot of cars are in transit at any given time now. It's just not possible to deliver to Europe as quickly as here in the U.S., so we expect overall Model 3 sales to actually decline even if production is increasing.