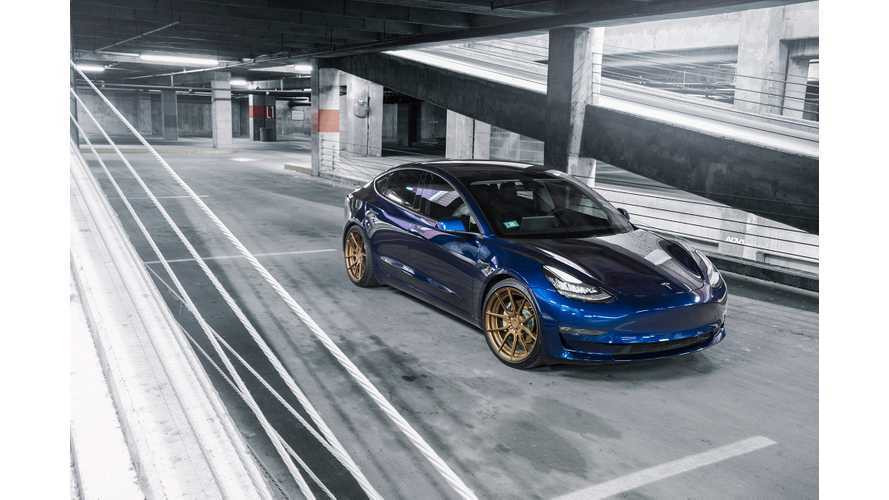 Out of 13,225, VINs registered, around 3 percent are the Dual Motor versions of the Model 3 and around 6 percent are international

Tesla is ploughing along with their Model 3. In the most recent update by Model3VINs, a Twitter profile dedicated to reporting new Model 3 VIN registration, the number of these registered is really impressive. According to a recent Tweet, the U.S based carmaker registered 13,225 VINs in the most recent registration batch (on February 16, 2019). Out of that number, around 3 percent is taken by the Dual Motor version. Furthermore, it is believed that around 6 per cent of these VINs registered, belong to international Model 3 VIN registrations.

For the most part, Europe and Asia are eagerly expecting the Model 3. This is especially true for continental Europe, but also, for the RHD markets of the United Kingdom. Add the Japanese and Indian RHD markets, and Tesla still has a lot of room for growth and deliveries to be made. If you put in the fact that most countries are (whatever some may say) insisting on a more eco-friendly and thus, an electric future, we have no qualm that Tesla Model 3 will be a highly coveted automotive item for years to come.

The only issue we see for Tesla is the onslaught of the legacy carmakers entering the electric vehicle game full on. We've already seen what the offering from Jaguar with the I-Pace did sales-wise, and judging by the interest garnered by the new Mercedes-Benz, Audi and Porsche battery-powered models, the customers are slowly lining up. And that, all incentives and federal tax credit cuts aside, could bring the most problems for Tesla in the long run. Nonetheless, the U.S based carmaker proved resilient to most if not all issues experienced in their corporate life so far.

In turn, we don't see Tesla losing a step in the next several years at all. Let's just hope that their production can keep up with the demand during that period of time overall.