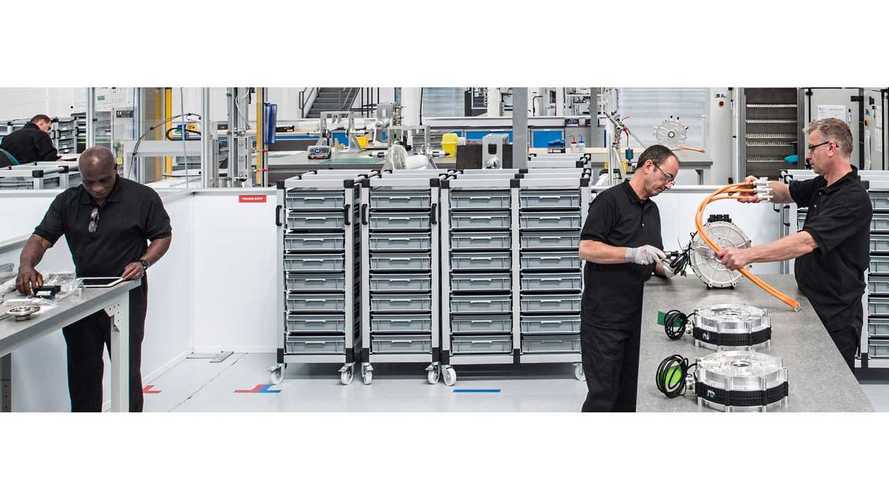 It's not known who is the OEM that would like to use YASA motors, but the topic of development is to be custom electric motors for all-electric and hybrid vehicles.

"The partnership will focus on developing custom electric motor and controller solutions for the OEM’s high-performance hybrid and pure electric vehicles."

YASA is one of the most successful British EV start-ups and since 2018 has been ready for volume orders thanks to a new production facility in Oxford, UK for up to 100,000 motors annually.

YASA motors are also used in electric airplanes, currently under development by Rolls-Royce.

"YASA’s innovative axial-flux electric motor and controller designs offer best-in-class power and torque densities and are ideally suited to both hybrid and pure electric vehicle applications. Under the agreement, YASA and the OEM will work together to leverage YASA’s technology to improve vehicle performance whilst reducing vehicle weight.

“This agreement brings together one of the world’s best-known automotive manufacturers with YASA, the world’s leading supplier of axial-flux electric motors and controllers. Our companies both share the same passion for innovation and the same unwavering commitment to excellence. Through this long-term collaboration, we are developing custom electric motor and controller solutions that will power unsurpassed driving experiences and set the bar for high-performance hybrid and pure electric vehicles.”