KBB added a 2019 Honda Clarity PHEV to its testing arsenal just this month. As the publication notes, the plug-in hybrid promises electric efficiency paried with good fuel economy. Not to mention the fact that it's a family-friendly offering by Honda, with rising sales as of late. The Clarity PHEV already took home KBB's “Electric/Hybrid Car Best Buy of 2019” award. 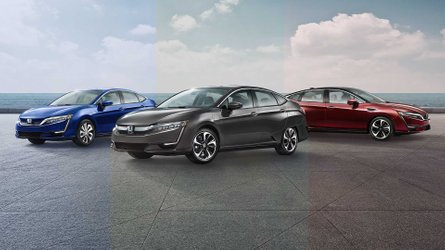 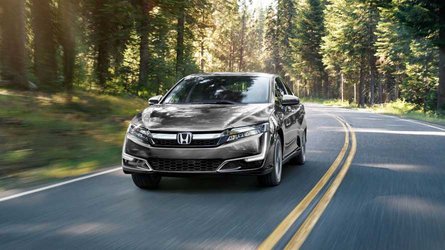 Kelley Blue Book’s long-term Clarity is a Touring model, in Solar Silver Metallic, which is the range-topping trim. In addition to the standard features such as full-LED lighting, Honda Sensing safety equipment, and an 8-speaker (180-watt) audio system, it adds navigation, leather upholstery, and power seats with a memory function.

The 2019 Honda Clarity PHEV joins a four-person family household, where it will be used as a daily driver for carpools, running around, and hauling the family all over the LA Basin. And, it will be forced to endure a two-hour drive to work — 98 miles each way. This should present an excellent opportunity to see how well the Clarity delivers comfort and efficiency during the daily trek.

It's important to note that the Touring model is Honda's top Clarity PHEV time and will set you back some $36,600 prior to any rebates. However, the Clarity Plug-In Hybrid starts at $33,400, according to Honda. Due to its 17-kWh battery pack, it qualifies for the full $7,500 U.S. federal EV tax credit, as well as additional credits available in some states. In addition, the Clarity PHEV is available in the U.S. nationwide.

While it's not a looker, the reviewing agency says the Clarity is quite aerodynamic and its interior it what really counts. Yes, it's important to many of us how our car looks on the outside, but honestly, we spend our time inside, and that's where the Clarity excels. The car is much like the award-winning and sought-after Accord with its above-average predicted reliability. Unfortunately, crash test ratings from the NHTSA and IIHS are not yet in for the Clarity, but we expect it to fare well, like the lion share of Honda's competitive and popular vehicle lineup.

KKB clarifies that the Clarity PHEV will use its electric motor in most cases, for speeds up to some 100 mph. However, if you want to go faster (we sure hope not unless you're at the track - this is not a track car!), the vehicle will add its ICE to the mix. Additionally, the ICE must kick in after you exceed its 47-mile range.

Interestingly, and as many of you may already know, this PHEV doesn't employ a traditional CVT or any type of standard multi-speed automatic transmission like many other PHEVs. Instead, it relies on a single-speed gearbox that's more comparable to most all-electric vehicles. However, it's somewhat unique in that it works off a power-split transmission, which utilizes an electronic CVT-type mode when the gas engine is active.

KBB makes mention of the Clarity PHEV's three power modes, which give the driver ultimate control of the car's powertrain management. You can choose between "versatility, flexibility, and efficiency." Nonetheless, regardless of user choices, the Clarity is able to switch between electric and gas power seamlessly.

Hat tip to some welcome clarification from Viking79 about the unique transmission situation.

For more details from KBB, follow the source link below.