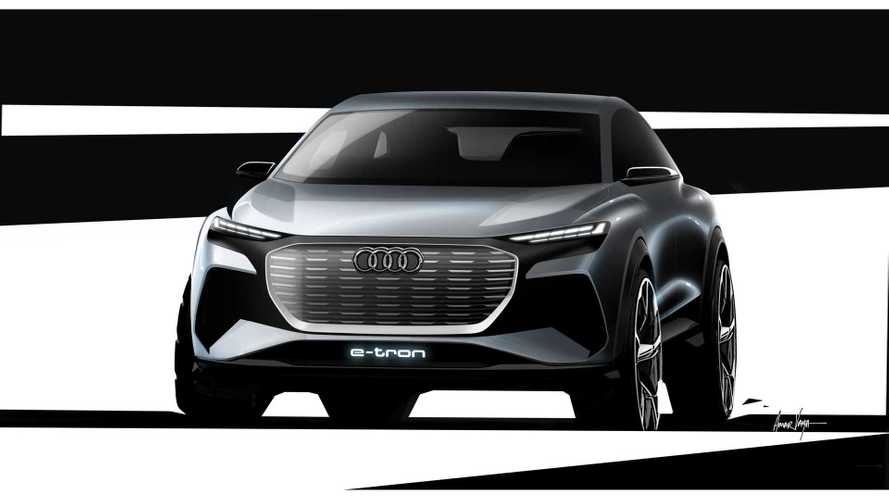 Q4 e-tron Concept will be Audi's answer to the Tesla Model Y?

Audi announced the presentation of a new all-electric compact SUV study - the Audi Q4 e-tron concept - which will be unveiled at the upcoming Geneva Motor Show.

It's based on the Volkswagen MEB platform and - as hinted earlier - the production version is coming within two years in late 2020 or early 2021.

The design sketched remind us of the Audi e-tron a little bit, but it has its own unique style.

Taking into consideration the size and timeframe, as well as use of MEB platform, the Audi Q4 e-tron will probably be a very close competitor to the upcoming Tesla Model Y.

"First design sketches of next all-electric model to bear the e-tron badge released ahead of world debut on March 5Audi is showcasing its compact SUV study with electric drive at the 2019 Geneva Motor Show. The Audi Q4 e-tron concept provides a glimpse of the next stage of Audi electric mobility and is due to be presented as a volume-production vehicle in late 2020/early 2021."