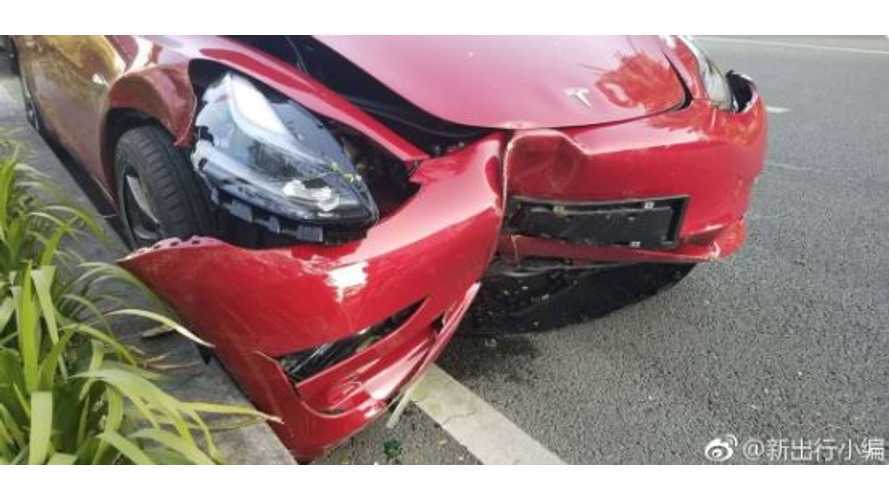 With a bang and a boom, the fun comes to an end in China.

But not for long.

A Tesla Model 3 test drive car in China apparently crashed rather hard. The result? A wrecked Model 3 and no more test drives.

Just for a day or so though.

The aftermath (seen in the image and video below) looks a bit like when that Model 3 collided head-on with a pole. Though the speed in this wreck here is obviously quite a bit slower.

Within what appears to be a day of the crash, a replacement Model 3 arrives for a new round of test drives.

We should point out that test drives in China only just begun awhile back. So, it didn't take long to wreck one and take it out of service. However, with a car as quick as the Tesla Model 3 Performance, it seems a bump or two is inevitable. Not everyone is accustomed to this sort of insane acceleration.