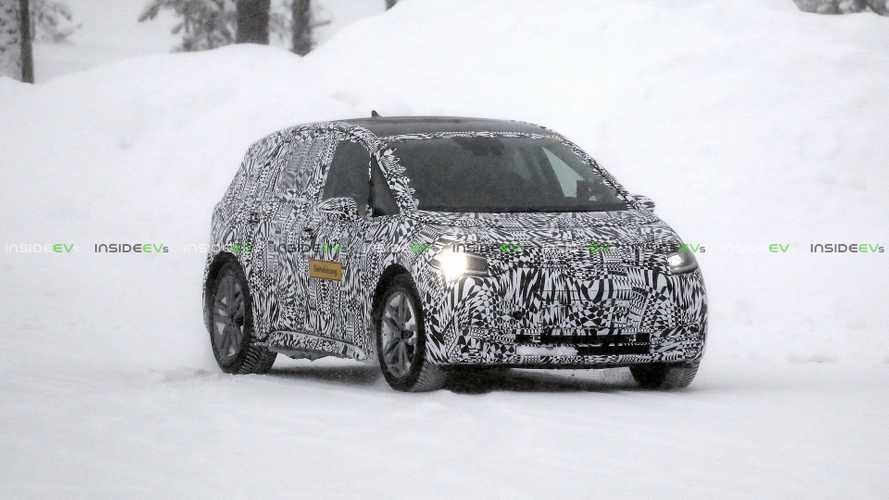 It's in camouflage, but still it looks slick.

Volkswagen I.D. ("Neo") was spotted during winter testing ahead of the expected unveiling in September at the Frankfurt Motor Show and production launch in late 2019. See the gallery of photos below.

Not much time is left until cars like the Nissan LEAF will get serious run for its money in the affordable electric segment.

If Volkswagen successfully introduces a mass-market compact model on the general electric MEB platform, the jokes will be over. Why? Well, because other manufacturers will be required to match the scale to be competitive on the cost side.

So far, the I.D. prototypes under camouflage reveal a pretty decent looking hatchback with EV specifics included in the design (flat battery between the axles, short overhangs, aerodynamics)

At this point, we remain optimistic about the outcome.