Finally, a Demon that hooks up.

We've seen the Tesla Model S crush countless other cars at the strip. Its advantage often boils down to traction from AWD and instant full torque. Though don't get to thinking the Model S isn't a drag-worthy machine on the power side.

However, there are more powerful cars out there. And, more specifically, cars built for the track. Remember, the Model S is a big and heavy family sedan.

Regardless, the Model S usually wins in races against cars that seemingly should beat it. Oftentimes, the win comes due to lack of proper hookup and traction from the gasser. That's not the case here though, as this Dodge Demon really hooks up and flies off the line.

Earlier today we posted on a Tesla Model 3 racing against a tuned Audi RS7. That particular race ended with the Model 3 losing slightly.

Can the Demon win this race against the Model S though? Click play on the video above to find out.

Just for fun some balance though, hit up a few of these link to see how Teslas often fares against the likes of the Demon and various Hellcats: 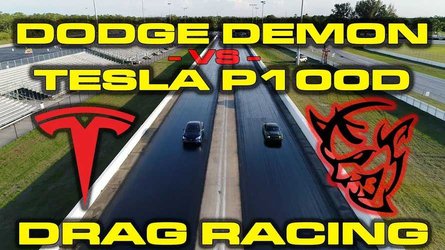 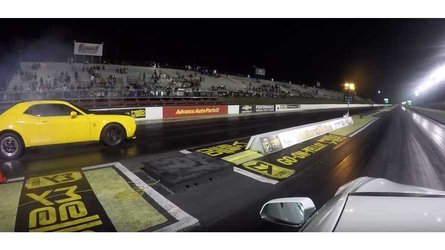 Watch Tesla Model S P100D Smoke Pair Of Dodge Demons
By: Eric Loveday
++
++
Got a tip for us? Email: tips@insideevs.com