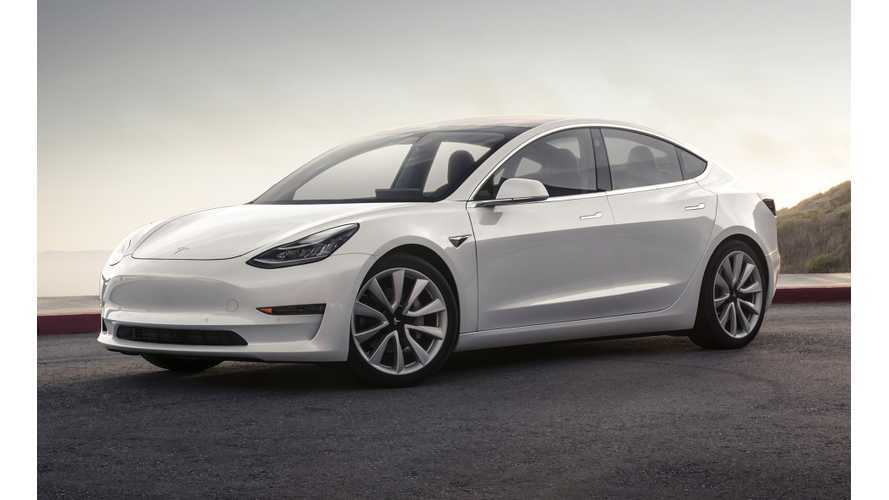 If you had any doubts about the Tesla Model 3's presence in China, doubt no more.

The first shipment of Tesla Model 3 sedans are making their way across the ocean to Europe and China. Sure, there were some early sightings of the car in both locations. However, now we can rest assured that the car is beginning to arrive in large numbers in overseas markets. In fact, multiple cargo ships are on en route to Europe and China as we write, and at least one has already arrived in Belgium.

Tesla fan and Twitter user JayinShanghai (@ShanghaiJayin) recently posted a brief video on social media revealing his exclusive Model 3 test drive. The video shows a white Model 3 Performance near a Tesla Service Center in Shanghai. Needless to say, he seems quite impressed with the car:

We have no way of knowing if this is a car that arrived in one of the large shipments to China. However, we've yet to hear anything about a cargo ship arriving there. So, we assume it's just a test drive vehicle that arrived ahead of the pack.

It appears people in Europe and China may benefit from having opportunities to check out and drive the vehicle prior to delivery day. This was not the case for most U.S. reservation holders. In fact, the Model 3 didn't even appear in showrooms until long after deliveries were well underway. Even when the first display cars showed up at Tesla stores, test drives were not an option.