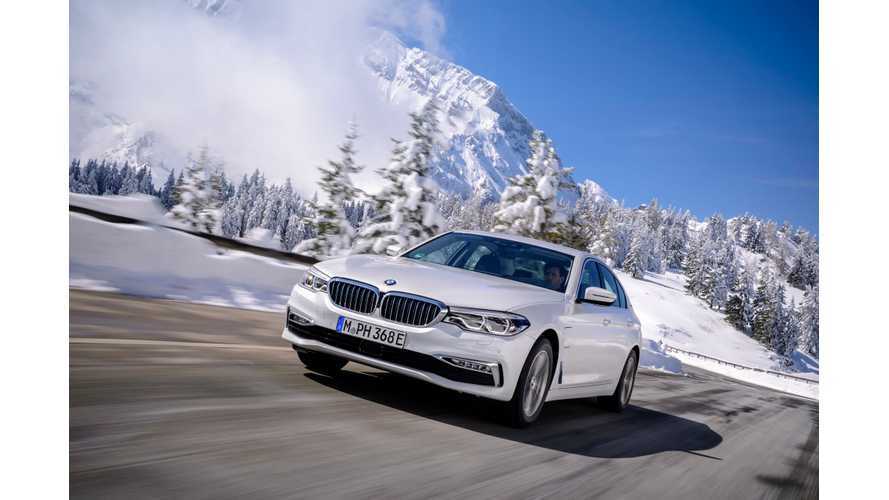 After a record in December, BMW noted a sales dip in January

BMW Group (BMW and MINI) is experiencing a general decrease of car sales - in the case of BMW brand, the total volume decreased in January by 4.8% year-over-year, while the MINI brand shrunk by 16.3%, which is far worse than the 1% drop of the overall market. But those are not the only drops across the industry, so let's not dramatize.

Currently, plug-in car sales also are decreasing - by 13% in January to 996. It's however still enough for 4.8% of total volume and reinforcements - in the form of a new X5 PHEV and a new 3-Series PHEV - are on the horizon. We guess that the year 2019 has a chance to be better than 2018, and in the longer-term new all-electric models should really boost BMW/MINI position.

"BMW Group currently offers five electrified models in the U.S., including the BMW i3, BMW i8 and i8 Roadster, BMW 530e, BMW 740e, and MINI Countryman plug-in-hybrid electric vehicle. Plug-in hybrid versions of the all-new BMW X5 and the all-new BMW 3 Series have been announced and will begin sales in the U.S. at a future date."