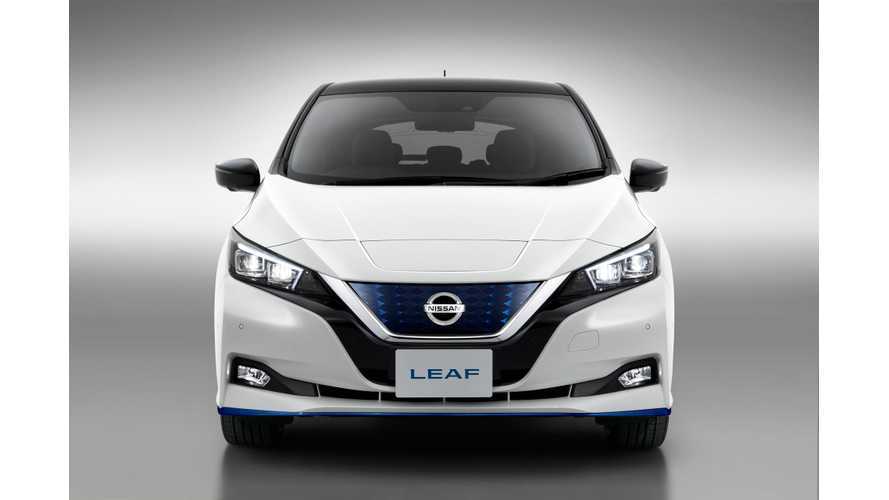 The January drop off is partially to blame for low LEAF sales.

But that's not the only reason the LEAF sees a downturn. The announcement of the longer range LEAF e-Plus no doubt contributes to reduced sales of the shorter range version that's currently offered.

After several months of a downward slide in 2018, sales of the Nissan LEAF showed a sharp rise in December 2018 in the U.S.

With just 1,128 LEAFs sold in November and only 1,234 LEAF sold in October, sales of Nissan’s flagship EV had been soft. That came to an end in December when sales shot up to a reasonably solid 1,667 units.

But as those of us in the EV sales world know, January is never a strong month. Therefore, and as expected, LEAF sales dropped last month. Nissan sold just 717 LEAFs in January 2019. That's a disappointing figure, but it blows away the 150 LEAFs sold in January 2018. As Nissan points out, sales are up 378% year-over-year.

Looking at YTD figures for the LEAF we note that cumulative sales for all of 2018 stand at 14,715, which is a decent improvement the total of 11,230 sold in 2017. But now we wait to see what level of impact the LEAF e-Plus has on the yearly figure. Nissan says the LEAF e-Plus will launch in the U.S. this Spring, so we've got just a couple of months to wait still.

All eyes on the upcoming 60-kWh Nissan LEAF e-Plus now.