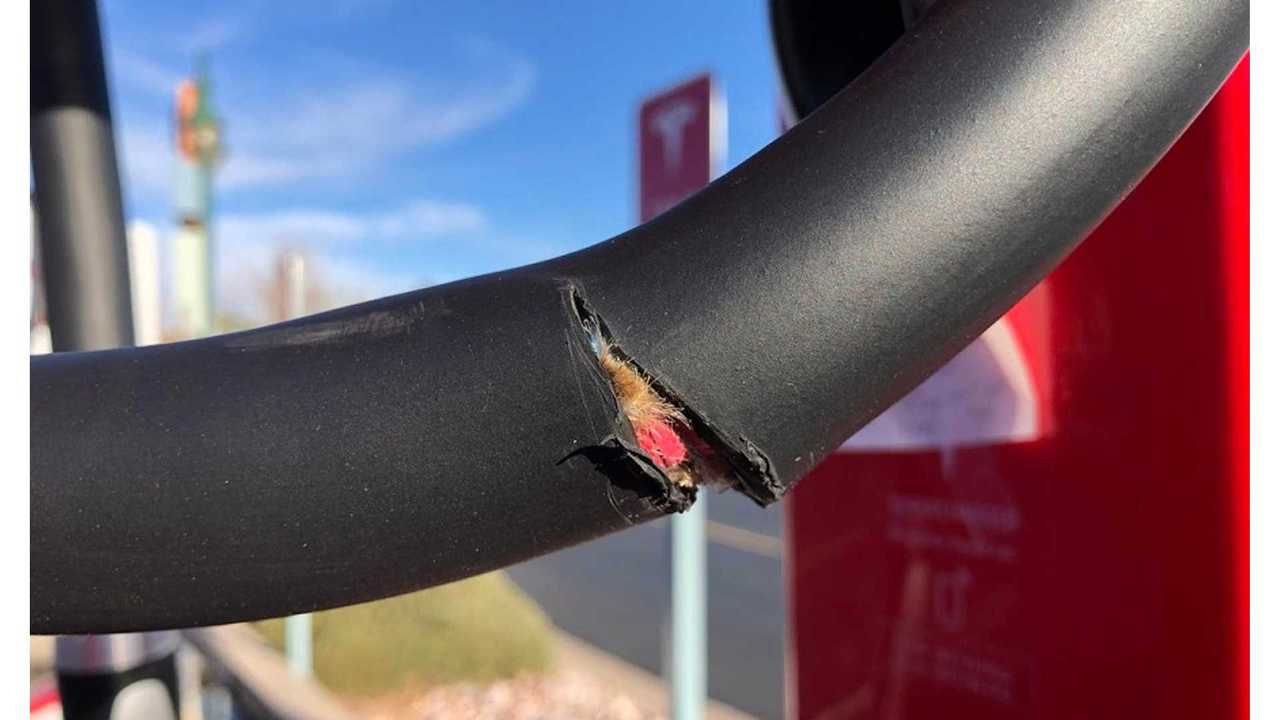 This is why charging stations needs to be monitored

Here is example of vandalized Tesla Supercharging station, with damaged charging cables and plugs. At least three stalls are disabled, while the rest barely work, according to Mark Larsen who posted the photos.

"I saw on a forum our local Superchargers were vandalized last night. @Tesla knows. The bastards tried to cut a cable, then decided to drill into all the plugs instead. Units 1A, 4A & 4B don't work; others do, but just barely. Hope the security cameras recorded the assholes. ?"

It happens from time to time around the world, as in the case of any public infrastructure, but hopefully not too often.

Tesla is in a good position against vandals anyways, because the stations usually are equipped with many Superchargers and there is always a chance that only part of the site will be damaged, while the others survive. Some of the vandals could be deterred by security cameras too. Lastly, Tesla is a big company, which always help when it comes to dealing with trouble, as compared to a small charging operator.