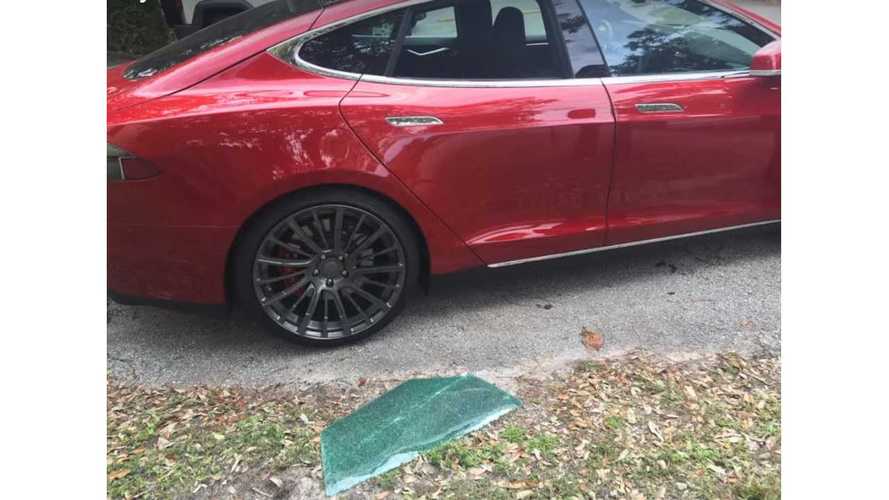 How about having a way to record the surroundings of your Tesla to catch culprits?

Due to Tesla's Enhanced Autopilot and its multiple cameras, the automaker can provide many upcoming over-the-air updates. Not too long ago, the promised TeslaCam (standard integrated dashcam) feature came online. Now, CEO Elon Musk says a Sentry Mode is in the works.

What is Sentry mode exactly? Well the definition of sentry is a solider that stands guard. So, the feature will use Tesla Autopilot cameras to give owners a 360-degree look at their car while they're away. In addition, they'll be able to record footage for use later. Musk tweeted:

In the midst of one of Musk's earlier tweet storms, he asked owners to share ideas for upcoming improvements/updates:

All cameras record in the event of an alarm incident. Publicize this feature so that prospective vandals/thieves know they will be recorded if they mess with Teslas

Generally, despite people's doubts about many of Musk's tweeted promises, he has a track record for making these features a reality. However, he didn't elaborate on details or a timelines related to the upcoming Sentry Mode update.

It's important to note that, much like the TeslaCam feature, this will only become available on newer Tesla vehicles with Enhanced Autopilot and the automaker's version 9.0 software update in place. This means that vehicles manufactured prior to August 2017 are ineligible.

Since it’s part of safety & security, all cars with AP2+ hardware will get it

Owners can choose to save 10-minute clips, along with the ability to pause and restart recording. However, it seems that if you're not watching and ready to hit record, the footage will eventually be deleted.