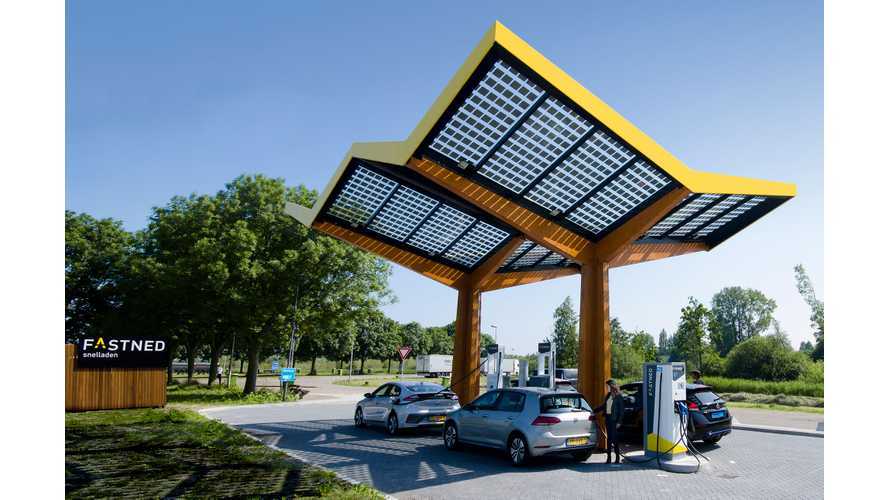 Customers will now be able to go after they stop.

Fastned is in a fight. The Dutch company has been working to build an extensive charging network that serves up renewable energy as fuel. Now it has dozens of locations along highways in the Netherlands, but it's also expanded into Germany and has larger aspirations. Like any network of roadside refueling places, it wants its customers to be able to enjoy a few amenities. For instance, a shop with snacks, coffee, and, well, toilets. EV drivers are still humans after all. If you were thinking this is something the Netherland's Minister of Infrastructure and the Environment could get behind, well, you'd be wrong. Fortunately, all's well that ends well.

The fast-charging outfit had permits for facilities at two locations denied by the Minister. Though it might not seem the end of the world, the knock-on effect of that decision was that it created doubt about whether Fastned would be able to implement reasonable facilities at other locations as well. Luckily, there was a way forward.

Fastned appealed the permit denial with the Dutch Council of State and won. It is hoped this result will impress upon the Ministry that, like their petrol counterparts, EV charging locations need amenities. Perhaps more so, as the need to push the adoption of electric transport is critically urgent. Said the Fastned co-founder, Michiel Langezaal, of the decision

"This is very good news for electric drivers. They want to drink a cup of coffee and go to the toilet, just like people with a gasoline car."

Indeed, the Netherlands has itself set a goal of 100 percent of the cars sold within its borders being electric by 2030. Considering the amount of change that needs to happen, there's not really time to flush down the drain.