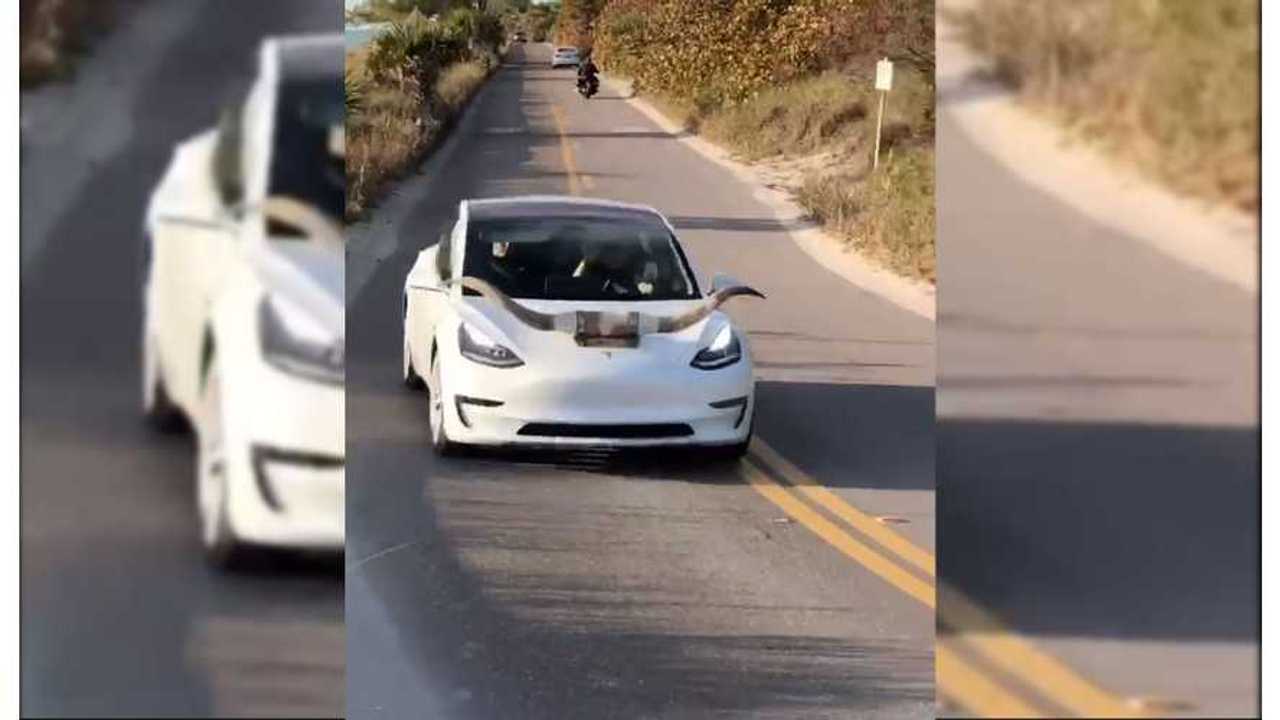 There was a time in America (ok, mostly in Texas) when owners of large Cadillacs might adorn the immense hoods of their cars with a set of horns. No, not train horns. Cow horns. And not any old cow, either. Only the impressive rack of a particular type would do: the Texas longhorn. That's a breed of bovine said to have descended from the livestock brought to the "new world" by the likes of Christopher Columbus and Spanish colonists. But we digress.

Anyhow, there is a long tradition of sticking horns on cars. (Don't believe us? Check Google.) We don't know how the now almost-forgotten trend started, but at least one person is bringing it back. Behold, the Tesla Model 3 belonging to one Danny Duncan. It is now resplendently adorned with an imposing set of cow antlers. And, as you can see in the video below, putting them in place was no easy matter.

While we're not sure why people chose this sort of hood ornamentation in the past, in this case we suspect it may be due to Texas Longhorns fandom (the college teams, not the cow). Duncan, who currently has over 2 million YouTube subscribers, has in other videos used the "hook 'em horns" University of Texas at Austin slogan.

While we're don't expect the debut of this Model 3 Longhorn edition to reignite any trends, we can't help but have a laugh at its ridiculousness, as well as at some of the reactions the YouTuber gets driving his now very unique vehicle around. We imagine Duncan may upload a longer video featuring the whole story of procuring and integrating this exceptional ornamentation on his channel. Enjoy!