It turns out the Tesla Semi is an aircraft carrier of sorts.

While the Tesla Model X is not a real aircraft in any way, it does have wings ... Falcon Wing Doors that is. Who knows, perhaps one day it will gain the ability to fly like the upcoming Tesla Roadster. All jokes aside, Tesla’s President of Automotive Jerome Guillen took to social media (LinkedIn of all outlets) to post an image of a Tesla Semi hauling a single Model X. 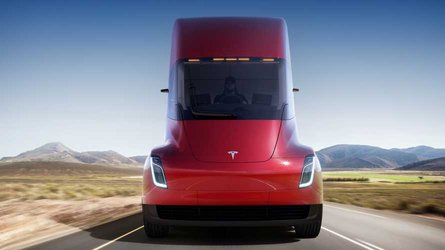 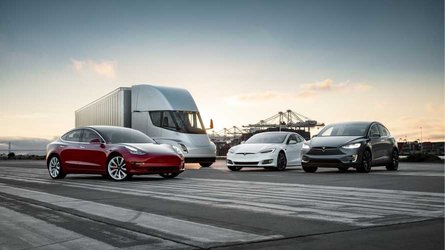 Guillen's first love and former primary role at Tesla was related to the electric semi, so it's truly his baby. He was Tesla's Vice President for Trucks and Programs for over three years. Guillen also has plenty of prior experience with semi trucks from his previous job at Daimler. He doesn't post often on public social media, so this image garnered the attention of many Tesla fans.

The above image was taken at one of Tesla's newest and largest Supercharger stations, in Kettleman City, California. The state-of-the-art charging station is strategically located partway between Los Angeles and San Francisco and is a model of what some upcoming Tesla Supercharger stations may look like. It offers 40 stalls, a solar roof, and plenty of family-friendly facilities. It's also the site where people have spotted the Tesla Semi on a regular basis.

Many people continue to have doubts about Tesla's future. While it showed a profit in Q3 2018, and will show another (lesser) profit for Q4, times are tough. Naysayers seem especially skeptical of the upcoming Tesla Semi and Roadster. However, we continue to see proof that the prototypes are out testing and Tesla is serious about bringing these vehicles to market in the not-too-far future.

11 Photos
By: Steven Loveday
++
Got a tip for us? Email: tips@insideevs.com