Can You Drive a Tesla Model 3 WITHOUT A Screen?!

And if you can, should you?

The Tesla Model 3 has a pretty awesome 15-inch touch screen. It dominates the dash and is used to display all the information a driver will need. It's also where any and all settings are changed. If you (like us) think it's hard to imagine driving the mid-size sedan without this key component, then the video above could come as a surprise. A shock, even.

More on the Tesla Model 3 screen 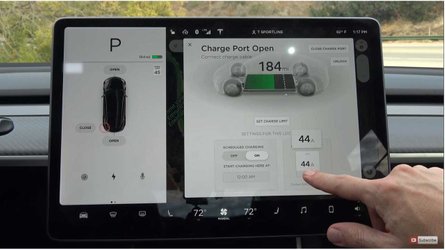 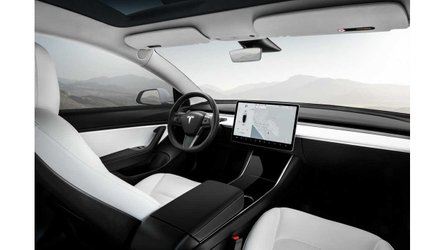 In the footage, found on the DÆrik YouTube channel, the hosts demonstrate with their own Tesla Model 3 Performance that you can, in fact, drive without the screen being attached. Of course, they also warn others not to try this at home and for good reason. For one thing, having no screen means there's no way of telling how fast you are going. It also removes the ability to adjust the HVAC controls, open the dash, or any other number of important functions.

As you can see, they get around some of this by pulling up the car in the Tesla app. There, they can see the speed at which the car is supposedly driving. Interestingly, the Autopilot function is still useable, since it is activated by a couple pulls on a stalk on the steering column. Also, as we can see in the clip, the automatic braking function still works.

We have to say, losing the screen really opens up the front of the car's interior, allowing for even better visibility. We kind of like the look. Our hosts seem to as well, and they spend some time discussing alternate screens they could install in place of the stock rectangle. Whether they'll be able to track down an adaptor to make it work remains to be seen, but if they do, we'll let you know. Enjoy!