Say What? Check Out This Hydrogen Charger For Electric Cars 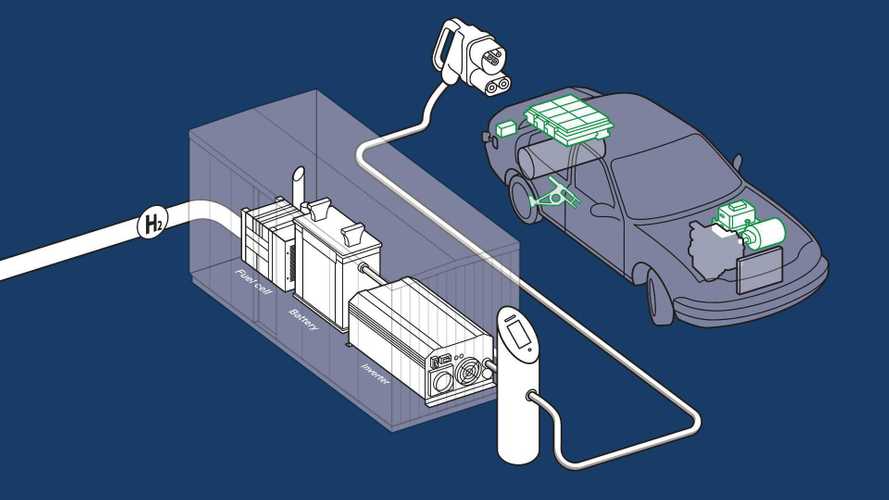 It comes after 10 years of development.

The technology, which could enable 100 percent clean electricity for future EV charging, was demonstrated at Dunsfold Aerodrome, the home of BBC's Top Gear, and showcased a BMW i8 being charged by power generated by a hydrogen fuel cell.

The demonstration came 10 years after AFC Energy began its research into fuel cell technology, and marks the beginning of a journey towards commercialization for the technology.

"By 2030, it is estimated that there could be nine million electric vehicles on the roads of Britain, up from 90,000 today," said Adam Bond, Chief Executive Officer at AFC Energy. "For this transition, we need charging stations to be embedded throughout the country, as well as seeking innovative solutions to overcome the severe limitations of centrally generated electricity."

"By developing and demonstrating the effectiveness of our hydrogen fuel cell in the application of EV charging, AFC Energy has shown it is ready to lead the way not only in solving the challenges of increased demand for electricity, but also doing so in a truly zero emissions approach."

The system features a small-scale fuel cell connected to an inverter similar to those used by Toyota at its Electric Vehicle research centre. The inverter transfers energy created by the fuel cell to a charger. The system is also supported by a 48V battery pack to assist with peak power demands.

AFC Energy says that its CH2ARGE system could potentially deliver locally-generated electricity through thousands of installations that generate completely clean electricity. If electricity was to be generated from a central location, it would require massive investment in re-working the distribution network. It has now begun talks with OEMs over integrating the technology on a wider scale.