The end of the year for Renault was pretty significant as French manufacturer reports sales of 7,000 all-electric cars in December, which is not only 77% more than a year ago, but also an all-time record - over 500 higher than previous from November.

Outstanding results are the fruit of record sales of both, the ZOE and Kangoo Z.E. Here are numbers for December and the full year (excluding Twizy): 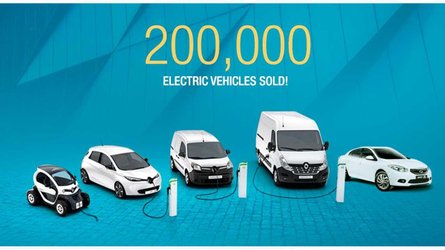 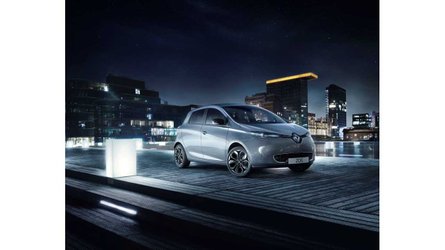 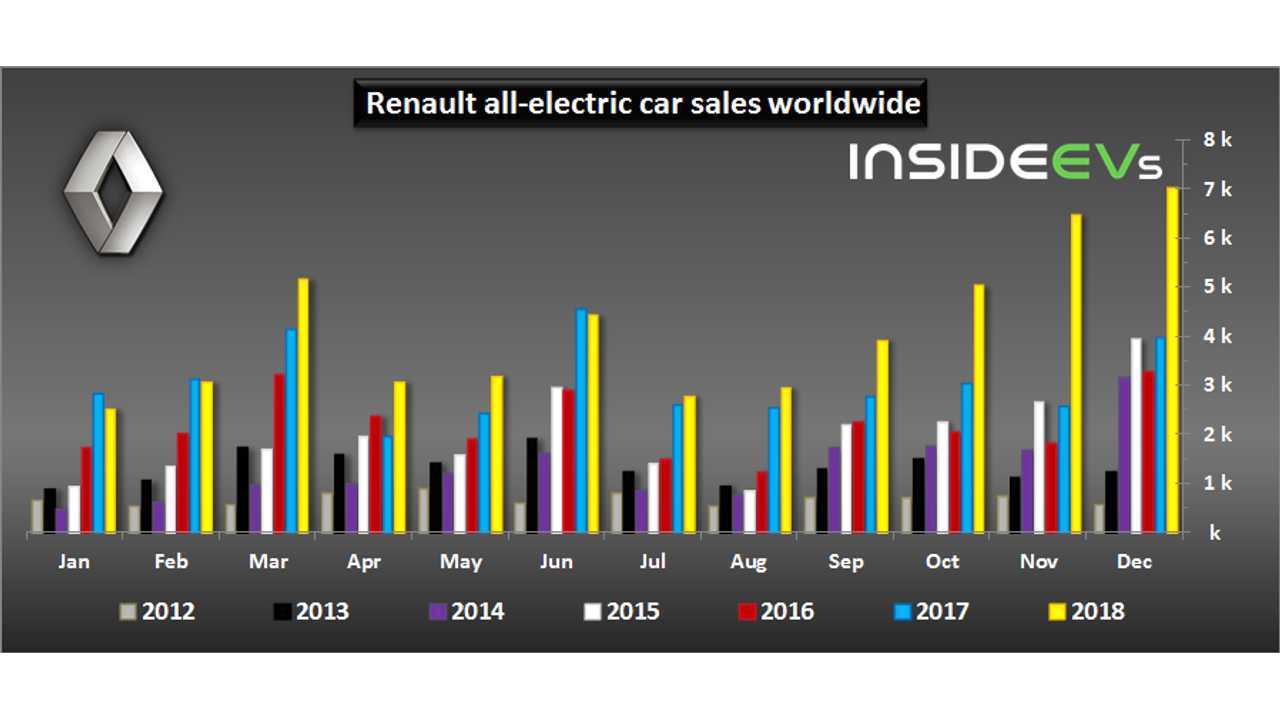 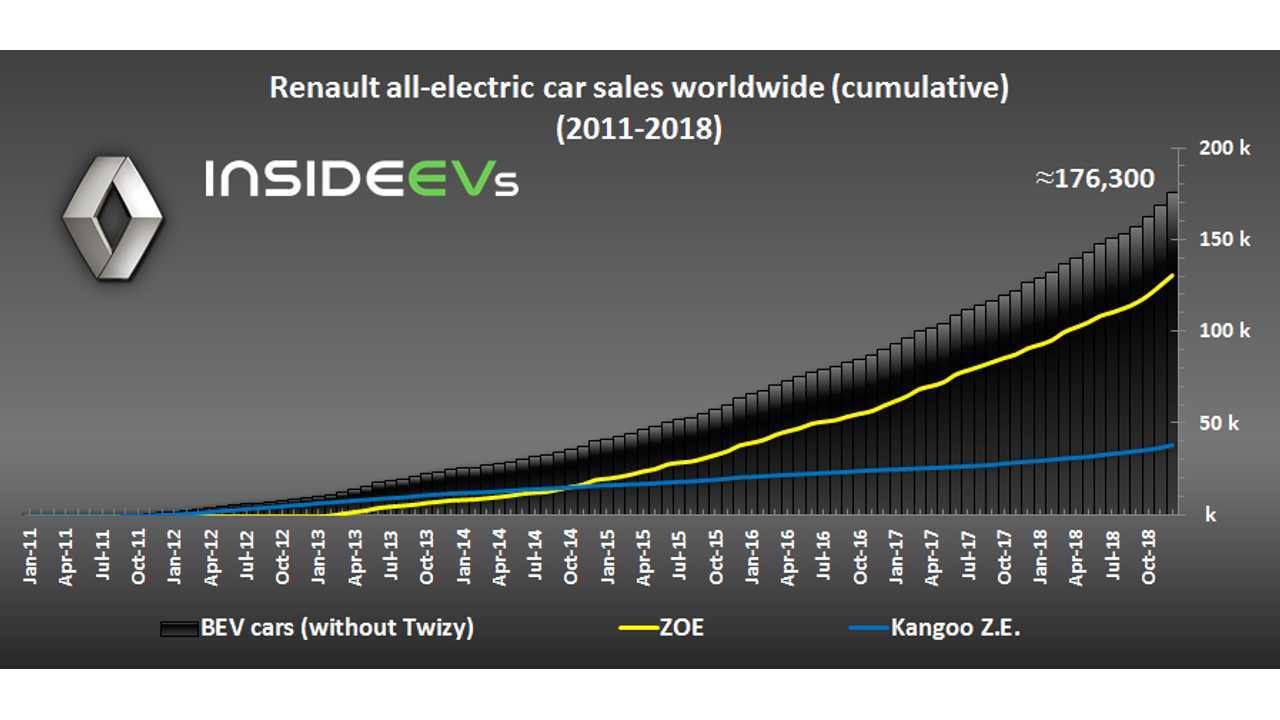 In 2018 Renault's share in all-electric car segment in Europe amounted 22%. 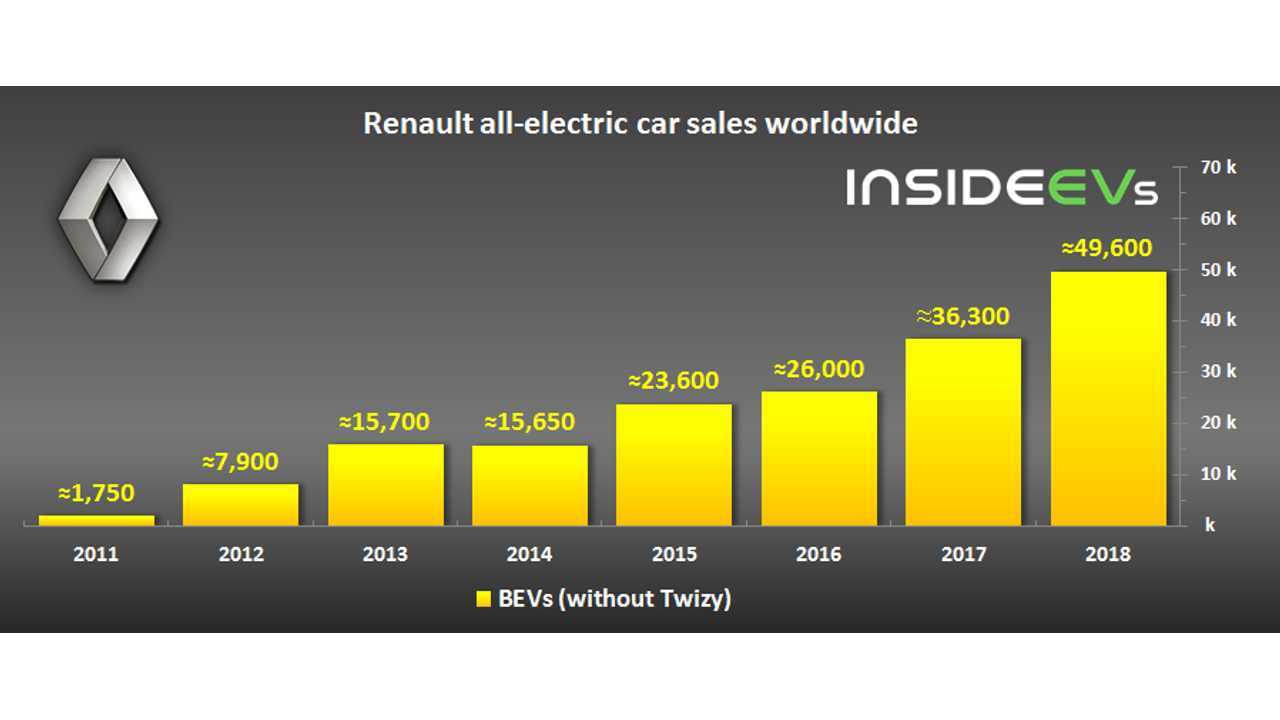