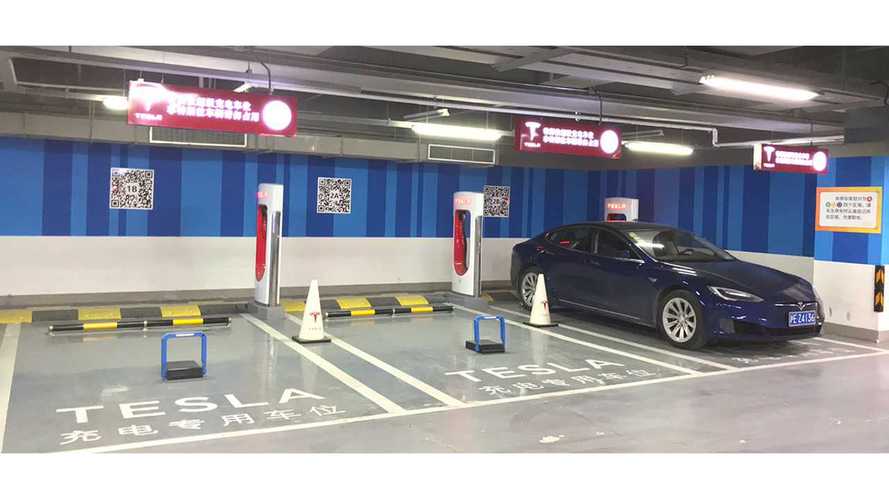 There is a physical solution, but it's the last that should be considered.

As you can see above, at one of the Tesla Supercharging stations in China, access to the parking spot at the charger is guarded by an iron bar. Only Tesla drivers, equipped with popular WeChat app, can scan the QR Code and get access to park and charge. This way no other car can simply park and block the station.

We are not sure whether it's Tesla's idea (as some sources say) or rather the owner of the garage, which seems to be more likely.

Is it a good solution? Well, we are not fans of such methods. There are alternatives in the form of no parking for unauthorized cars, combined with the ability to tow the car or get a ticket from the police. All forces should be put on-board to develop a simple formula/rule to deal with ICEing globally. If that doesn't work, then maybe stations owners can spend more money on physical barriers. Lastly, at this site now, EV drivers will need to deal with some apps, which are less convenient.