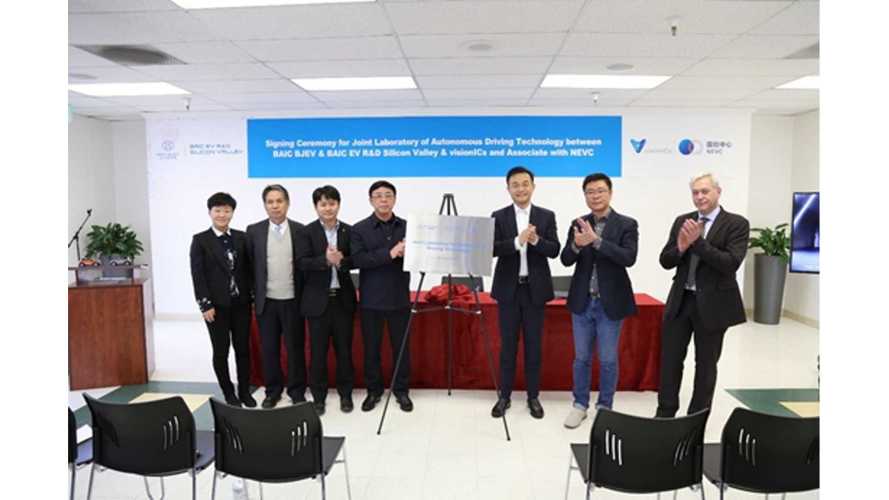 As a crucial sensing part for autonomous driving system, LiDAR is able to make the real-time 3-D scanning over surroundings as accurate as one centimeter, boasting apparent superiority over other sensors in accuracy and responding speed. However, it is still hard to largely use LiDAR in mass-produced models limited by the relatively higher cost, power consumption and instability. The next-generation solid-state LiDAR, featuring the same working principle as the phased array radar applied in the J-20 fighter jet, sports advantages over the existing camera- and millimeter-wave radar-centric volume autonomous driving system in performance, cost and reliability.

BAIC BJEV opened a R&D center in Silicon Valley as early as 2016 that aims to help it explore and search latest technology resources by fully entering the core R&D industrial ecosystem there. The latest foundation of the joint laboratory signals BAIC BJEV’s ambition to absorbing the most advanced technologies into its products through more abundant approaches.